Your guide to buying presents for dads with no interests

DOES your father have no recognisable hobbies or interests? These Christmas present options will elicit a grunt of grudging gratitude:

Something for the garden

He’s not a proper gardener, so don’t go mad and spend more than £5 on the man who is 50 per cent responsible for you existing. A trowel isn’t the most scintillating item but once wrapped and handed to him it’s technically a present. If he’s already got one, it gives him something new to put in the shed.

Don’t try too hard. He won’t read it. Generic toss churned out by a bored hack writer, such as Hilarious Blunders of History, ticks a box. The publishing industry is 90 per cent geared to the unwanted gift market, so there’s always a new edition of James May’s Shiniest Juggernauts.

The dad present par excellence. The manufacturers of these dull items have started adding gimmicks like extra blades and brushes to fake new technological accomplishments in ice-scraping. If you really love him push the boat out and throw in a gallon of antifreeze too.

Beer in a gift pack

After a certain age, men are only interested in booze and nothing says ‘token gesture’ like a single bottle of lager with a glass. Don’t waste your time choosing interesting craft ales, Stella will do. It will be horribly overpriced for a frustratingly small amount of alcohol, so you’ve helped him drink responsibly.

It’s hard to think of a more boring gift, but your mum will make him wear it rather than let his neck get cold. She’ll join the deceitful charade by saying ‘He loves that scarf you got him, he wore it today.’ F**k it, it was either that or Alan Shearer’s latest autobiography.

A doomed attempt to make him take up a hobby

You might think you’re being clever by getting him the basics of a proper hobby to make it easier to buy a present next year. However the homebrew kit or watercolour set will remain unused long after humans are extinct. Maybe a highly-evolved cockroach archaeologist dad of 22,000 AD will give it a go. 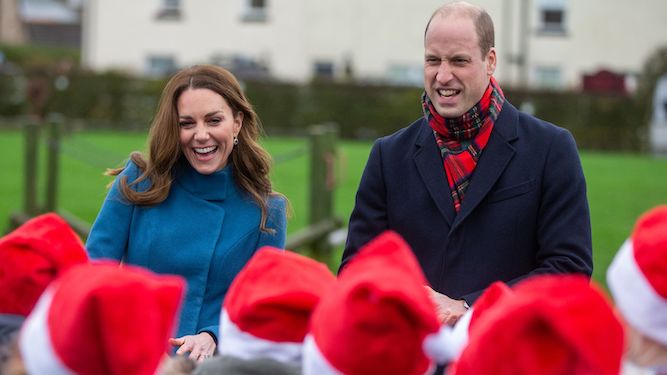 BRITONS already weary of the Duke and Duchess of Cambridge’s tour of the UK have suggested actual jobs they could do.

After the Royals turned up at a school with three reindeer for no good reason, the public have advised them to consult a recruitment agency for careers that serve some purpose.

Corporate accountant Donna Sheridan said: “They clearly have lots of free time or we wouldn’t constantly be subjected to this bullshit. Maybe they could enrol at their local college and get jobs in IT support?

“Visiting random locations on a train isn’t a job. The residents of Benefits Street led more structured lives. And they’d have more idea how to run a newsagent.”

Delivery driver Tom Logan said: “Prince William looks quite tall so he could easily be a copper. He’d be keeping the scum off the streets and the pension’s pretty good. And Kate’s fit enough for an all-night shopping channel so the world’s their oyster, really.

“If the Queen vetoes that, Kate could always become a PE teacher. She loves hockey and she’d get paid for it. ”

William and Kate were unavailable for comment on their future career options due to a pressing engagement delivering Christmas crackers to a Lanarkshire vole sanctuary.