THE UK’s homeless population have confirmed that it was the annual £159 TV licence payment that forced them onto the streets.

Following the intervention of Britain’s most compassionate woman, Nadine Dorries, to stop the squeeze on thousands of families, people living on the streets have confirmed it was the BBC – and only the BBC – that put them there.

Army veteran Norman Steele said: “I lost my job, and my family, and drifted into alcoholism. My only friends were the bottle, oblivion, Bargain Hunt, Pointless, and anything with Rick Stein.

“I borrowed money for the electricity bill. But then the licence demand came in and I had no choice but to pay that instead of the rent because it was the final series of Line of Duty.

“Now I live in a tent under a railway arch and I know who put me there. Gary f**king Lineker.”

Every other homeless person had a similar story. Whether addicted to The Archers, Newsnight, Strictly Come Dancing or Hey Duggee, they blame the corporation for their downfall.

Mary Fisher said: “If I’d only been able to let go of Winterwatch I’d still have a house. The BBC took everything from me. Not Tory benefit cuts. The BBC.” 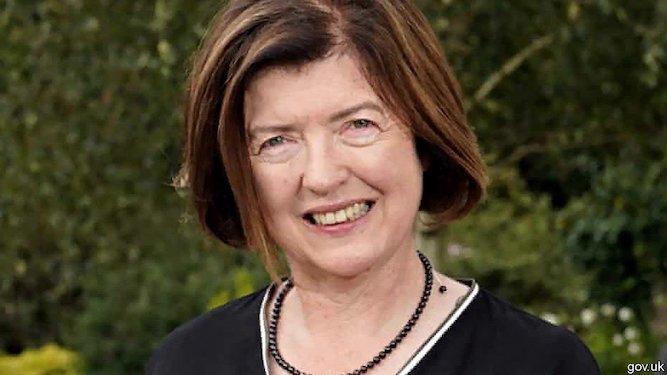 IT’S January 2022, and the name on the lips of every Conservative minister desperately stalling for time is Sue Gray. But what’s it like to be her? She explains:

There’s no easy way to be suddenly a star for writing a report instrumental to the future of the British government that will ultimately change nothing. But there is a path you can follow.

Step one – be some random that no-one’s heard of

You can only truly scale the heights of sudden political fame when you start at the very bottom. I’ve been in senior Cabinet Office positions for years, but now the entire nation is asking ‘Who the f**k is Sue Gray?’ Next year I’ll be as forgotten as Hans Blix was in 2006.

We’re in the age of the anti-hero so make people ask: is she good? Is she bad? Was she at half of the parties, wheeling suitcases full of Malbec and smashing up Wilf’s swing herself? Is she genuinely impartial? Will she get into the Lords if she whitewashes this? Who knows?

Step three – do it in January

The weather’s shit, the post-Christmas slump is hitting and the papers are crying out for their next It Girl. This step’s also called ‘it’s easier to be briefly famous when it’s cold and the telly’s shite’.

Step four – stretch it out

Why put a time limit on my time to shine? With a new illegal party dropping every day, I can keep this up for weeks with the report always being due soon. Like Elvis said, always leave them wanting more, especially when it comes to impartial internal reviews.

This one I’m still working on, but I’m rinsing my moment for everything it’s worth like Jackie. She’s done way better than the spider-brooch judge. I won’t rest until I’ve got viral memes, novelty TV appearances, and a £100,00 deal for my tell-all autobiography, Fifty Shades of Sue Gray.