MATHEMATICS is yet another great British instutition captured by hard-left teachers who insist on things ‘adding up’. Here’s how patriots do it:

Innumerate idiots in the left-wing press somehow think that a mere 12 parties total bad news for the government. No. First, the number of parties is N+1, where N is the current number and one more is added each day. Second, the leader of the opposition drinking a single beer generates the anger of (N+1) cubed.

Keir Starmer represents a deforming number less than zero, so when the multiplying effects of a bottle of Peroni are added, this was a 600-person illegal lockdown rave that directly killed 40,000 people. Resignation logically follows.

It is not mathematically sustainable for a party to exist in the presence of variables like the prime minister, his lovely wife and their charming baby. The waveform of ‘party’ collapses to become a ‘work event’, which retrospectively changes Covid rules to allow itself.

The function of a Sue Gray report is to remove all primes from the equation, meaning that a few sacked aides, a show of military force and the government’s little BBC present to Rupert reduce infinity to zero consequences.

This is absolutely basic stuff that children should be learning before they can even count. It’s foundational to the kind of maths we will be building our country on. That 2 + 2 = 4 stuff is outdated. The logic of our position demands it is whatever the Party says it is.

What women want in bed, according to a man who's never bothered to ask 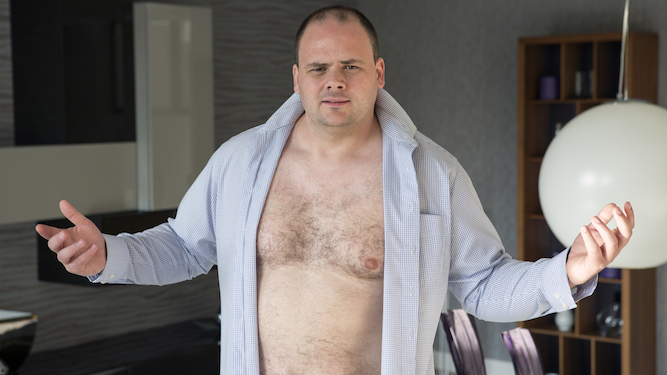 STRUGGLING to please a lady in bed? Never fear, for I, Stephen Malley, expert on women and sex from years of online study, can deliver you to sexual greatness:

You’re here to have sex, right? Then, like you, she wants to get down to it. Move straight from kissing to penetration. Everything else is just needless procrastination which two ready-to-go adults like yourselves can do away with in favour of the main event. Why hang around?

When it comes to lovemaking, time is of the essence. Don’t waste either of your evenings with slow, languid movements. That time could be better spent listening to your original jazz compositions or watching cool YouTube videos you’re sure she’ll love. Her orgasm?  Her affair.

Women go in for all that moaning and groaning, but not us guys. I used to try and keep up light, pleasant conversation with my girlfriends until one of my many, many sexual partners told me in no uncertain terms to ‘shut the f**k up’. This tells me all girls like a partner who keeps stoically silent while performing their duties.

Women love variety, and the best way to get ideas for new positions and roleplay is straight from the source itself – internet pornography. Want to really excite her? Spring a surprising new position on her out of the blue. If she doesn’t have the upper-body strength for it, that’s her problem.

You’ve already hit the jackpot having me as your sex coach. The only way to spread the word and make sure everyone has fantastic sex from now on is to make sure your lady friends are aware of what they’re doing wrong. My advice? Do it while you’re still naked but before she gets up, gets dressed and leaves.