UNBEKNOWNST to him, a woman’s boyfriend is being evaluated on the skills and conduct he has demonstrated in the relationship so far.

Charlotte Phelps decided to carry out a review of boyfriend Joshua Hudson’s performance in the role as her future life partner by assessing areas including emotional availability, hygiene and willingness to put up with her shit.

Charlotte said: “Josh is doing okay at some things, such as attendance and replying to questions with more than one syllable, but there are some areas for improvement.

“Even though he said in the interview – first date, sorry – that he’s very spontaneous, he was clearly upset when I suggested we go out one night instead of him playing FIFA again.

“And his attentiveness could use some work given he hasn’t a clue why I’ve been asking him pointedly how he thinks loading the dishwasher just went or to rate our sex life on a scale of 1 to 10.

“I think I’ll put him on probation by being weird and distant for the next three months to see if he figures out what’s wrong. If he fails, he will be dismissed following a harrowing exit interview and a lot of highly critical feedback.

“Love is wonderful, but if the stakeholder doesn’t deliver on the actionable points, he must be terminated.” 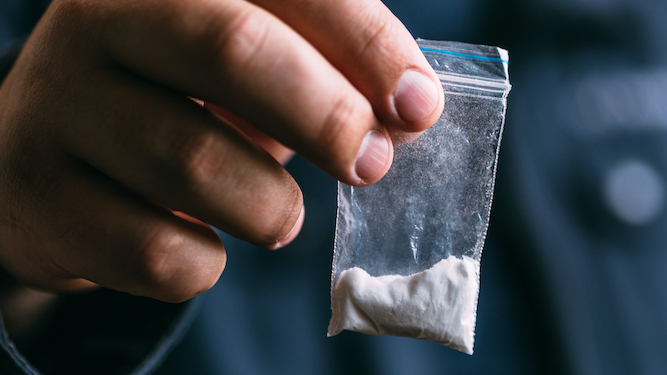 TEMPTED to dabble with drugs? Here Conservative MP Martin Bishop explains why it’s fine when he and his chums do it, but obviously not for you plebs.

Cocaine is about £50 a gram, and you’ll buy a lot more, I know I do. As such it’s nothing like a grubby little 15 quid lump of cannabis and more a professional person’s harmless pick-me-up. Okay, my friend Hugo started to think Mossad had put a chip in his brain and then his nose fell off, but he was probably allergic.

Drugs are a well-known symptom of a mid-life crisis

Tory MPs don’t take drugs to get high as a f**king kite like actual druggy scum. They’re obviously having some personal trauma like a mid-life crisis. We’re just very sensitive so we need to stick several grand’s worth of gak up our noses instead of buying some unflatteringly tight jeans.

Claim you did not take drugs at university

As an MP you should concoct a confusing tale that bears no relation to reality, eg. ‘I had a microscopic puff on a joint but I had no idea what it was’, or ‘Cocaine/E/heroin obviously has no effect on me’. You’d expect blatant bollocks like this would get you ripped to shreds by the media, but the editors all want to keep getting your gossipy WhatsApp messages. Or they’re your brother-in-law.

MPs are under a lot of pressure

The responsibilities are endless. You’ve got to remember to vote how the whips told you to. You’ve got to laugh on cue when Boris says something brilliant like ‘Captain Kiddy Fiddler’s Friend’. And of course there’s the constant worry that some party researcher will mistakenly think you fondling her arse was in some way sexual.

Support any draconian crackdown on drugs

Back any nutso anti-drug measure, eg. a ‘long, sharp shock’ of 10 years in prison for 14-year-olds caught trying to smoke banana peel. After years of eulogising the armed forces then cutting their funding, clapping for nurses but paying them slave wages, and so on, you’ll have forgotten what ‘hypocrisy’ means. Personally I’d have to consult a plain English dictionary.

When you’re caught out, book into a psychiatric ward

Private, obviously. NHS food isn’t fit for pigs. Anyway, plebs take drugs because they’re slavering beasts who just want to get high. You’re a complex, troubled soul bravely battling a terrible illness. Also it might deflect a bit of the flak when that party researcher reveals you asked if she wanted to hold ‘Mr Humongous the trouser snake’.