DATING experts have advised anyone looking for romance to lie through their teeth.

Counsellor Susan Traherne said: “How many couples begin with him claiming to be a professional footballer and her claiming to be five years younger than her actual age? And they survive.

“We’ve analysed thousands of relationships and found that the happiest people are those completely in the dark about what their partner is actually like.

“The most loving thing you can do is to lie convincingly about absolutely everything, from your income to your previous sexual partners to whether you liked the scarf you were bought for Christmas. 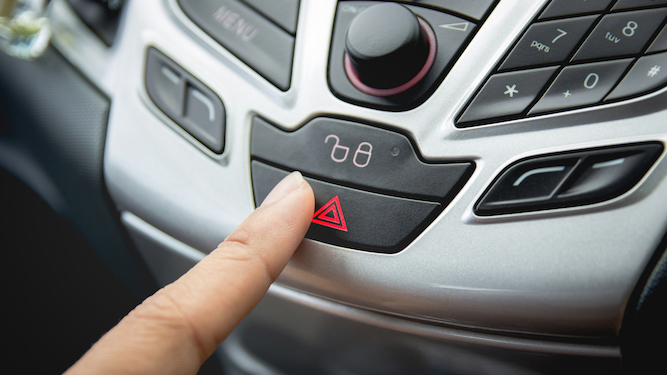 A MOTORIST hopes the driver behind, who did not intend to allow her into traffic but had no choice, realises she was flashing her hazards sarcastically.

Joanna Kramer used the traditional hazard light gesture of thanks to the Subaru at her rear to convey that the driver was not in fact gracious but a twat, but is worried it might be misinterpreted.

She continued: “He’ll get it. Even a knobhead like him should understand the basics of indicator-based insulting irony.

“He surely can’t believe he actually let me out, rather than being forced to stop because my bumper was an inch away from his shiny pearlescent arsehole’s bumper, but maybe that’s courtesy to a wanker like him?

“It’s so difficult driving while being British. When I flashed my lights at that taxi last week, did I really manage to convey my weary resignation at being surrounded by utter fucknuts, or did he think I was genuine?”

Kramer was then reassured that the Subaru driver had fully understood when he replied with a long, loud blast of his horn after she was a second late going through traffic lights.