A HAPPY couple will celebrate their 10th Valentine’s Day by doing just about enough to make it to next year.

Tom and Clare Logan exchanged hastily selected, generic gifts and this evening will take part in a functional meal in an overpriced restaurant before returning home to perform perfunctory intercourse.

“I’ve bought him chocolates, which aren’t exactly his thing but they’re in a heart-shaped box, and we’ve got each other cards. I don’t suppose he’ll read what I’ve written in it, but I have written in it.”

Tom Logan added: “At least that’s celebrating our love over for another year.

“We’ve  basically paid our romantic tax return for the year and now the pressure is off for another 12 months.”

However, a local restaurant owner has insisted the couple’s grudging annual pilgrimage is a sacred rite.

Stephen Malley said: “Couples we only see once a year reluctantly file in and give their names like criminals waiting to be processed in court.

“We could feed them anything and charge them anything because nobody’s going to complain in a packed restaurant on Valentine’s Day. It’s the most magical day in the calendar.” 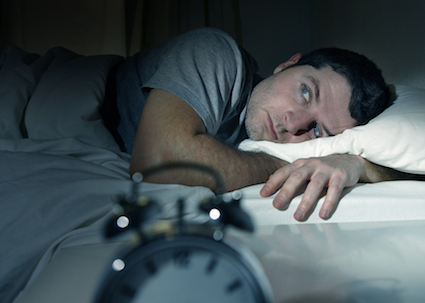 A FATHER has woken up sweating and terrified from a nightmare that his wife was pregnant with their third child.

Tom Booker, from Leatherhead, who already has two school-age children and hopes he will never change a nappy again, admitted that he was still deeply traumatised at midday.

He said: “It seemed so real. So real.

“My wife announced it like it was good news and I took it the same way, but then I remembered the nights. The screams. The endless parade of shit. Being unable to leave the house without 15 cubic feet of equipment.

“Normally my nightmares are about the zombie apocalypse or being sentenced to death for a crime I may or may not have committed. You know, stuff you can cope with.

“When I told my wife she went white just at the thought. But she reassured me that it couldn’t ever actually happen, because we never have sex.”