BEEN dumped? Think it was unfair? Maybe it was, or maybe you did one of these seven despicable things:

In bed, out at the pub or merely talking about your day, your partner discovered the terrible truth that has dogged you all your life – you’re dull as f**k. They waited a few months in the hope you’d cheat and give them a good excuse, but you’re too boring.

Everyone lets a few slide, especially foreign words. Who gives a shit if you say ‘chorizo’ with a hard Z? But when you’re referring to the ‘Star Wars try-ology’, ‘satill-ite TV’ and pronouncing ‘aluminium’ like an American? Absolute dealbreaker.

Before you defend yourself, consider your partner’s thought process. ‘F**k that’s annoying. I’m going to listen to that for the rest of my life. It could literally be the last thing I hear unless I act now.’ Understand? Good – now work on yourself. Only have soup in future.

You had shit taste in music

It doesn’t matter if you had your first teenage snog to Westlife or Kings of Leon soundtracked your incredible American roadtrip or Shed Seven are ‘brilliant live’. They’re shit and nobody wants to romance with someone who likes them.

You had annoying relatives

Oh, so you think it’s not your fault that your older sister is a massive racist who kicks pigeons? Well, you share genetic material, so it is. Become estranged from your family or stay single forever, your choice.

Enjoying reality TV isn’t a hallmark of a bad person, but banging on about it as if anything that’s happening hasn’t been carefully scripted and edited is a sign of profound issues. You can’t marry a cretin like that.

Let’s face it, the easiest way to get dumped is by being completely and utterly yourself too early on. You can’t claim it’s unfair when everything about you was wrong.

How to boringly celebrate your pathetic adult birthday 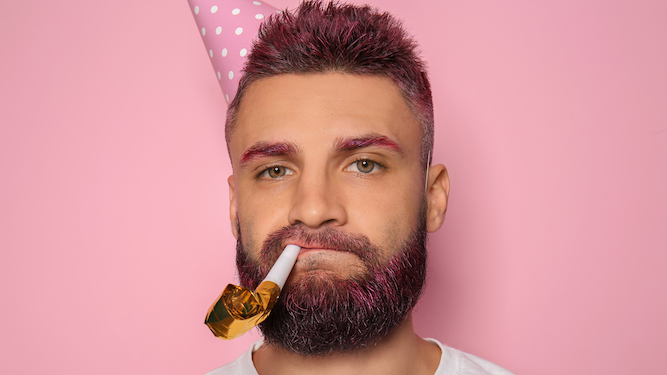 FOR KIDS, birthdays are an exciting occasion of cakes and presents. But once you’re an adult they’re nothing more than a new high number to celebrate in these dull ways:

Your Facebook wall will be cluttered with generic birthday wishes, ranging from ‘happy birthday’ to ‘have a good day!’. Idly scroll through them and click the thumbs up icon to show your lukewarm appreciation, while making a mental note of anyone who did not wish you well. They’re on your blacklist now.

As an adult you’re not allowed to tear open presents with childish enthusiasm. Instead carefully peel off the tape to reveal what you’ve been bought off your Amazon wishlist and fold the paper in an environmentally aware fashion. You could now use it again and save about two quid. Party on.

You left it too late to book the time off, meaning you’ll mark the big day by trudging into the office and getting bollocked in front of your teammates for not hitting your KPIs. Then you’ll have to sit through a tuneless rendition of Happy Birthday and pretend to laugh at all the crap jokes your colleagues wrote in your birthday card.

Take stock of your life so far

Birthdays are an annual reminder that you aren’t getting any longer, so use this opportunity to reflect on what you’ve achieved in your years. It won’t take long. Onlookers will assume you’ve paused for a second to suppress a panic attack. For the sake of your sanity, try not to remember what your parents had achieved by your age, including having you.

Go for a meal

The most boring and default of adult birthday celebrations. You’re only doing it because you feel like you have to do something, and your friends will resent you for dragging them out and making them pay for a fancy meal. Watch for nobody ordering starters or desserts to try and get the ordeal over as soon as possible, as you sit there in your paper hat.