'That was exhausting', and five other bad things to say after sex

LUCKY enough to be getting some? Here are six inadvisable phrases to blurt out after a session of raucous love-making:

While you might well be red in the face and suffering from cramp after just a few thrusts try to emphasise the positives, rather than treating the whole thing like a nude spin class.

Way to make your partner feel like they’re just another bloody errand you’ve ticked off your to-do list. Unless this is part of an elaborate fantasy where you’re a businessman who’s slipped out on his lunch break to ravish them, just subtly check your phone.

Your partner wasn’t aware they were having sex with a Cockney geezer, but now you’ve blown your cover. Save this for when you’re spotted a big dog in the park – ‘Wow’ or ‘I love you’ is far more acceptable in a sexual context, even for hook-ups.

‘A solid six out of ten’

Honest, but an ice-cold thing to say to someone who’s had their face in your crotch for 20 minutes . Unless you were actively injured, just politely suggest they watch a few instructional videos and don’t call you again.

Alternatively, throw your partner for a loop by complimenting them in such a condescending way that they feel like they’re being assessed by a sexual exam board. Offer them a sticker if you want to be a real bastard about it.

Come on. If you have to ask, the answer’s no. 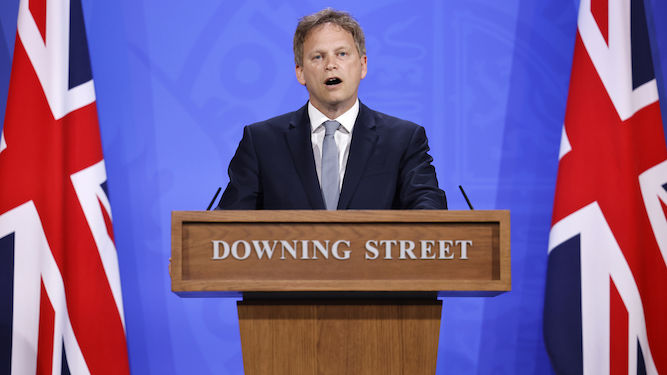 THE government has apologised for forgetting to announce eight variant Covid hotspots, that democracy is suspended and all drugs are legalised.

The announcement that travel to eight areas is restricted because of a Covid variant was discovered to have been placed on a website last Friday, and prompted the government to mention a couple of other minor changes.

Transport secretary and official f**k-up announcer Grant Shapps said: “It was all on the government website. What else were you doing on a Friday night?

“Anyway, for those without the gumption to type in a simple URL, residents of eight areas where the Covid variant’s rising shouldn’t travel or meet indoors. Retrospectively.

“Also, because of the whole pandemic thing, we’ve suspended democracy indefinitely and there won’t be any further elections ongoing. Again, it was all on the website.

“And yes, we got rid of all the misuse of drugs laws last Friday. Cannabis, cocaine, heroin, all perfectly legal. I had expected a bit more fuss about that than we got, but apparently nobody was paying attention.

“Lack of initiative noted. When we go to war with Ireland next week I’ll make sure there’s a minister spoon-feeding you the news on TV. Honestly.”