A WOMAN is baffled at her inability to find true love with an app primarily used for hook-ups.

Nikki Hollis, 33, said: “I’d heard about Tinder and it’s reputation for being used for casual flings.

But I decided to completely ignore that, and try to use it to find a serious relationship anyway.”

At first Hollis was pleased with the response, adding: “Pretty much every man that I fancied was a match. It must be destiny. Either that or men just swipe right on every woman they see! Haha!

“I then noticed that almost every man I talked to wasn’t after a serious relationship at all. How could I have possibly known Tinder would be like this, apart from what all my friends said and the hundreds of articles I’d read about it online?”

Hollis changed her profile to say that she was only after a serious relationship and ‘wanted to start a family in the near future’.

“People were just swiping right without reading. I didn’t realise people on a picture-based dating app would be so superficial!”

She added: “Sure, there are loads of dating sites and apps for people who want long-term relationships, but what am I meant to do? Use one of those?” 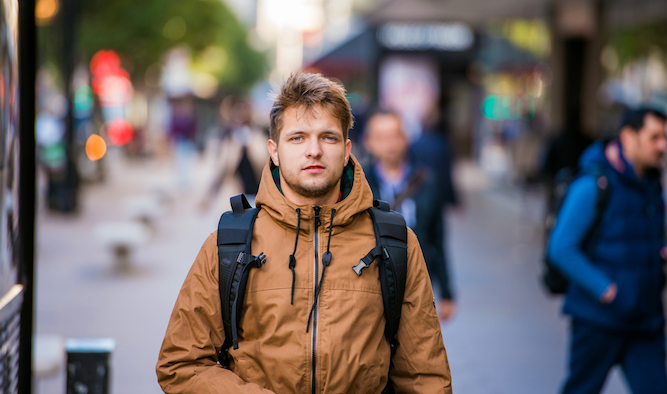 A FIRST-YEAR student is assuming that any bus he cares to board will take him into the city centre.

Stephen Malley, studying for a media and communications degree, is confident he does not have to bother with ‘dad stuff’ like bus timetables because his innate intelligence will provide all he needs.

“I asked the driver if we were going downtown, which is what they call it in the States where I’ve been, and he said some stuff I didn’t quite get so I headed to the back and chilled.

“We then drove through some bits of the city I really, really didn’t recognise. I don’t think they were the centre. Then we drove past some fields, then a few small towns, then more fields. By this time I was the only person on the bus.

“Then I had to pay again, then we did the whole journey in reverse then we were back at university and I had to get off because I had a lecture, but it was probably going to the centre next.

“Still, I’m not changing anything. I bet it’ll work brilliantly next time.”