A WOMAN who receives unsolicited pictures of penises has discovered that the men who send them do not seem to appreciate her feedback.

Nikki Hollis installed a dating app in the hope of meeting interesting men to have a drink with, but instead found herself confronted by a deluge of cocks.

Hollis said: “If you’re going to unexpectedly send me a picture of your knob I’m going to tell you it looks like a diseased mushroom sitting on a bit of mouldy carpet.

“It’s not normal to do that after we’ve only exchanged a couple of messages about the weather. And from an aesthetic point of view could you at least shoot it from a flattering angle and get the lighting right?

“There’s no way I’m shagging someone who can’t even take the time to make their flaccid, sweaty penis look better in Photoshop, or at the very least, Microsoft Paint.

“I also reserve the right to comment on anything else I can see in the picture, including your hideous interior decorating and whether your watch immediately marks you out as a twat.

“Also whether you need to take your pants to your mum’s to get them washed.” 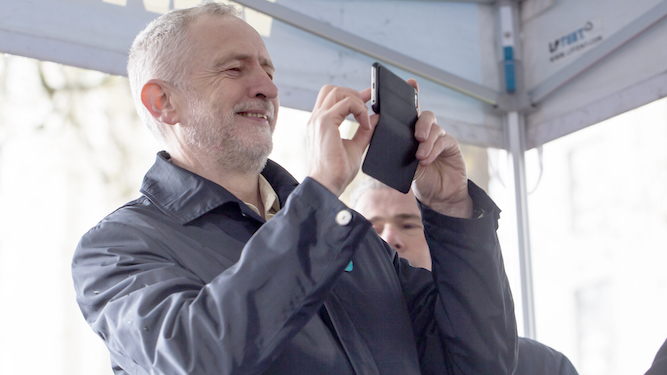 LABOUR leader Jeremy Corbyn ruined a day out to Whitby for all the other pensioners by being an awkward sod, it has emerged.

The aging socialist kept overruling the other 48 tourists and insisting everyone do what he wanted to do even though the other options were clearly better.

Roy Hobbs, 70, said: “Jeremy made us go to the Whitby Knots & Rope Museum even though everyone else wanted to do the Dracula Experience. It took bloody ages.

“Then we were having fish ’n’ chips for lunch but Jeremy had found a vegetarian cafe instead. Yvonne got quite upset because she’d been looking forward to it and now all she had was shredded lettuce and cheese in a bap.

“Captain Cook’s a colonialist, which is apparently bad, and John Bull’s Rock Shop is peddling outdated patriotism so we couldn’t go there, but he dragged us into a garden centre so he could scrutinise the marrow seeds.

“He’s not a nice, well-meaning old chap after all. He’s a self-centred, bearded git.”

Corbyn said: “Everyone had a marvellous day and agreed with me throughout. I’ve signed up for the Grasmere trip in August.”