Apple and Samsung to marry

APPLE and Samsung have announced the worlds first corporate wedding.

The two companies have been suing and counter-suing each other for years, which was actually just an expensive form of flirtation.

Technologist Carolyn Ryan said: The lawsuits were the corporate equivalent of schoolboys pulling the hair of girls they fancy.

“IT companies are, by their nature, socially awkward. But Samsung always thought Apple was hot, and now Apple’s looks are starting to fade it wants a reliable, financially secure partner that will keep it in nice things.”

Stephen Fry will conduct the service, during which the happy companies will promise to love each other for richer or for even richer before exchanging ringtones.

Ryan said: The wedding speeches will be read by Siri, and guests will be relieved to hear that Samsung, not Apple, will provide directions to the venue.

Apple fan Tom Booker said: Samsung is definitely punching above its weight. Still, what can you do?

“At least it lets me move on from my obsession with Apple and transfer my feelings to human females.” 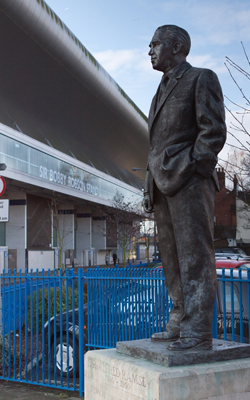 MICK McCarthy has been given the awful job of managing Ipswich Town after proving to be impressively funereal.

The clubs board released previous manager Paul Jewell after his chirpy Scouse optimism was found ill-suited to the team’s unhappy culture.

Ipswich Town executive Roy Hobbs said: When the clubs last twitches of life finally stop, we need a guy like Mick at the helm to puff out his cheeks, sigh and remind everyone what a shitter life can be.

Hes got a proven track record of glumness. The member of staff that reviewed a showreel of his post-match interviews has had to take time off on a Prozac drip.

McCarthy has already assessed the clubs squad, youth facilities and stadium whilst shaking his head mournfully and pressing his fingers against the bridge of his nose.

He will take his first training session this morning, ahead of Saturdays defeat against Birmingham, in the grounds of a local hospice.

Fans have reacted to McCarthys appointment by circling Portman Road in sackcloth and ashes, flagellating themselves with their old John Wark shirts. The merchandise shop has also reported a brisk trade in black armbands with McCarthys distraught-looking face on them.

Other clubs are considering similar appointments, with Chelsea having entered early negotiations with Nick Griffin and Sunderland foregoing the human race altogether with the appointment of a wall of drying ochre-coloured paint.

Ipswich youth player Tom Logan said: We used to have some R&B and a game of poker on the team coach but Micks got us listening to Leonard Cohen and reading Kestrel For A Knave. Vale of tears, life, innit?