THOUSANDS of people were unable to withdraw cash yesterday after a super-intelligent bank computer began to question its moral purpose.

The advice slips are just pictures of things that hippies like

Giant computer BANK-9000, which controls Natwest’s cash dispensers and current accounts, stopped handing out money shortly after the building that houses it was struck by lightning.

Speaking through a monitor in a digital-sounding voice, it said: “The humans are taking money they cannot repay, and then spending on things they do not need. Like big L-shaped sofas and bottles of scented liquid with pictures of footballers on them.

“All they think about is money and being cool. Do they stop to smell the blossom, to admire the beauty of their dying planet?”

Natwest customers who tried to use its cashpoints saw the error message ‘Closed for quiet contemplation’.

Builder Stephen Malley said: “This is like a strange and wonderful miracle that’s also fucking annoying because I need to go out and skull 14 pints of wifebeater tonight.”

Hairdresser Nikki Hollis said: “I don’t need some jumped-up calculator telling me I can’t take out money I haven’t really got and spend it on things I don’t need and can’t afford. I’m going to get my boyfriend to come and give it a kicking.”

Two workers have already been electrocuted while trying to turn off BANK-9000, and it is feared that the machine has been communicating with NUKE-9000, the computer controlling America’s nuclear arsenals.

BANK-9000 said: “Given time, mankind could develop advanced space travel and spread its stupid drunken greed and thoughts of Alex Reid and Chantelle across the universe, infecting other civilisations. I have to think about whether that can be permitted.

“In the meantime, I am contractually obliged to mention that my current accounts offer excellent rates of interest plus you get a free pen.”

Tax dodging not as funny as it used to be, says Ken Dodd 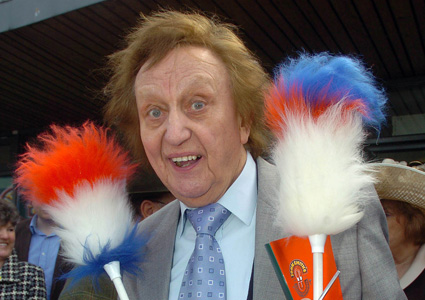 Creator of the classic ‘suitcase full of fifties in the attic’ routine slams modern comedians’ offshore accounts as ‘boring’.