POPE Benedict has explained the hard science behind his theory that gay marriage will cause the destruction of humanity.

Speaking at the Vatican, the geriatric witch-king described how his latest bugbear is not just the usual mumbo jumbo.

“All gays radiate a certain amount of Homon, it’s what gives them a pinkish sheen. However in small amounts the gas dissipates into the atmosphere, causing only a minor amount of corruption.

“When the grotesque tableau of sexual debauchery that is a batty man wedding occurs, the gathered gays are exuding a highly concentrated amount of Homon.

“The Homon reacts with the poppers-flavoured disco smoke, pink feather curtains and extravagant cake to form a big solid pink cloud that smells of water-based lubricant. While the gays are dancing with abandon to energetic European dance music, the Homon cloud floats off into the sky like a Chinese lantern and sticks to the sun.

“Eventually Homon will block out the sun and everything on Earth will die, including your family, your pets and your favourite television personality.”

Heterosexual plumber and father-of-two Tom Logan said: “Gays are to the Pope what garlic bread is to Peter Kay.”

No-one in a hurry to get to Birmingham 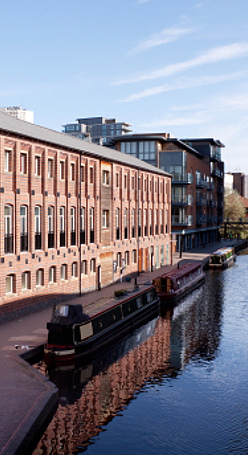 SUPPORT for the high speed rail link between London and Birmingham was muted yesterday as nobody really wants to go there.

The £33 billion investment will be the biggest infrastructure program since the motorway building of the late 50s that eventually led to the birth of Jeremy Clarkson in 1960.

London-based arsehole Julian Cook said: “I sometimes have to travel to North Finchley for my job and that’s unutterably dreadful enough, so the only thing that would compel me to go as far north as Birmingham is if everything south of Rugby burst into flames.

“And I can’t see the appeal for Birminghamites either, because they clearly wanted to live in a large, cosmopolitan city but somehow got it disastrously wrong so being shown around London just seems cruel.”

The government defended the scheme insisting it will encourage the building of other high-speed rail links further north but then failed to explain why that would be a good thing either.

The new trains will travel at 250 mph on the three days a year they work properly and could cut the journey to 45 minutes, barely giving passengers time to become nauseated by the smells from the malfunctioning toilets or the dining car.

Environmentalists have condemned the link on the grounds it does not involve a bamboo rickshaw ferrying passengers over fields to avoid waking up a badger.

But Cook added: “I think the main problem isn’t conservation areas or economic displacement, it’s the idea that having a high-speed rail system will make us just that little bit more French.”