Giant Laser Used To Draw Cock On The Moon

SCIENTISTS who invented the world's most powerful laser have used it to draw a giant penis on the front of the moon.

It is the largest obscenity to be drawn in space since Apollo 16 Commander John Young used the Lunar Rover to spell out 'BUZZ ALDRIN SHAGS ARSES' on the Descartes Highlands in 1972.

Professor Hadley, chief scientist at the National Laser Institute, said: "It cost £500 million to develop and is the result of unprecedented co-operation between government, academia and industry.

"It could open the door to nuclear fusion and unlimited amounts of pollution free energy, or enable us to discover exactly what happened in the split second before the Big Bang.

"But instead we're going it use it to draw big fat cocks on the Moon."

Russia was the first country to write a profanity on the Moon when it crashed the unmanned Luna-2 craft into the Mare Serenitatis in 1959 and left the message 'Ha, Ha, Fuck You Esienhower'.

Neil Armstrong is the first man to write grafitti in space. Close examination of photographs from the Apollo 11 landing show the astronaut scrawled the words 'moon my arse' on the front of his landing craft. 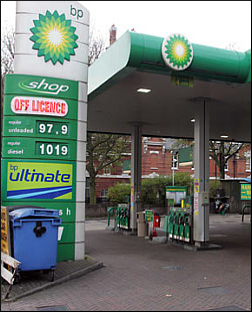 BRITAIN'S spies are demanding a 25% pay increase to prevent their wives having to work as whores.

According to Unison, the public service union, one in three spy wives is now forced to dress up as a concentration camp guard and beat hell out of a millionaire three times a week just to pay the electricity bill.

A Unison spokesman said: "We've got spies working two jobs, meanwhile their wives are on their backs getting a high-class seeing to and saving every penny to buy oil for their thigh-length boots.

"The MI5 director of counter intelligence works weekends at a BP station in Dunstable, while the head of our Damascus station is selling herbal remedies over the internet.

"And the next time you stop at a pedestrian crossing and some grubby little urchin tries to clean your windscreen, remember: that's probably the child of a spy trying to earn just enough so that mummy can put a new advert in Fat Jugs Weekly."

He added: "This is music to the ears of Osama Bin Laden who, by the way, has six wives who just sit around on velvet cushions all day flicking through catalogues.

"It shames Britain. Do you think Russian spy wives are on the game? CIA wives are hosting fancy dinner parties in Georgetown and hob-nobbing with senators, meanwhile our girls are taking a run up at Max Mosley's wrinkly backside."