'God particle' does not believe in God

THE particle named after God last night stressed it was not religious in any way.

Higgs Boson, a 14 billion year-old particle from the absolute centre of the universe, used its first fleeting contact with humanity to reject the notion of an omnipotent space wizard.

Mr Boson said: “I only have a trillionth of a second to say this so I want to be crystal clear – I am not a God-botherer.

“I’m not saying for a fact that God does not exist, but as everything you can see, smell, hear, touch or experience in any conceivable way is, to all intents and purposes, based on me, I can tell you that ‘God’ was not responsible for what I like to think of as my essential ‘mojo’.

“If God exists then, given that I’m pretty much everywhere all the time, there’s a fairly reasonable chance I would have bumped into him by now. But so far, it’s just me and the particles to which I give ‘mass’.

“And I know that ‘mass’ is ironic given all those Popes who existed because of me and who then burned people at the stake for suggesting that I am not the work of Satan.

“Me and some other particles you have not even begun to imagine laugh about ‘mass’ all the time. It’s funnier than a cat falling off the back of a sofa in a hilarious universe that without me would have been a never-ending void that’s not even dark because there’d be no such thing as darkness.”

Mr Boson added: “The only relationship I have with Satan is via any of the atoms that humans use to express the idea of Satan.

“That’s not to say I don’t go to church. If you’re the thing that makes everything in the universe exist then you can’t really avoid it.

“But rest assured, I sit at the back, read a Richard Dawkins book and giggle about how clever he thinks he is.”

Annoying families not having turkey this year just to be different 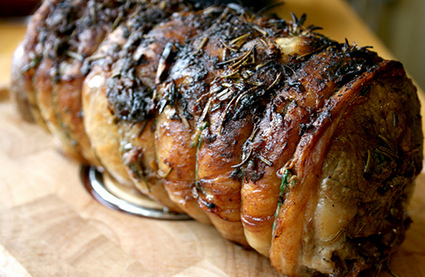 Irritating, pretentious households having a saddle of roast yak and some bloody River Cottage pudding made from pine needles.