iPhone 5S owner Denys Hatton said: “No sooner had I updated to iOS9, which took six hours and a reset to factory settings, than I had an insatiable desire to watch a man being whipped and called a despicable worm by a partner he irrationally worships.

“I didn’t actually see it because the update has made the phone so painfully slow, which I found enormously arousing.”

“Instead we do a roleplay where I make the client wait for 90 minutes at the Genius Bar, then tell them the only way to get their photos back from the iCloud is to pay £600 for an upgrade.

“Then they burst into tears and beg for more.”

Daddy long legs in bath ‘just as uncomfortable as you are’ 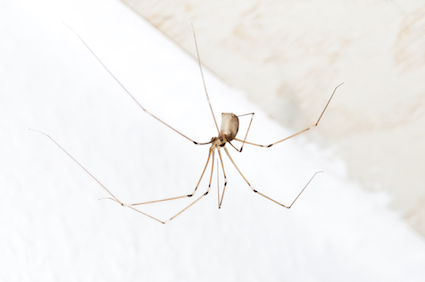 A DADDY long legs trapped in a bath has admitted the situation is far from ideal.

After spending most of the day trying to climb to safety, the daddy long legs was disappointed to be met with thinly veiled disgust by a human preparing to run a bath.

Daddy long legs Julian Cook said: “I got this strong feeling that I was intruding, which was the last thing I needed after what had been a very stressful day.

“With a little co-operation we could end this impasse quickly and with dignity but instead the human seems to be unwilling to even engage with me at all.”

Scientists are predicting a mass influx of daddy long legs due to the warmer weather, but, for many, integration will be challenging.

Daddy long legs Martin Bishop added: “There’s a lot of prejudice around. I’ve seen close friends being scooped into cups and thrown out of the window or splatted with paperbacks in unprovoked attacks.

“Even the name daddy long legs is quite offensive. Calling us ‘tipula paludosa’ would be an important gesture.”