Millions of people dropping phones on their face each morning

BRITAIN is facing an epidemic of people hitting themselves in the face with their phones while lying in bed each morning.

Doctors are urging people to do their early morning smartphone use while lying on their side, rather than dangling the device over their heads while still half asleep.

Smartphone user Mary Fisher, from Stevenage, said: “This morning I woke up, grabbed the phone and then dropped it right in my sodding eye. Hurt like a bastard.

“The worst part is I’m just checking my messages on Facebook and it’s usually someone I don’t know posting in some pathetic group I totally forgot I joined.”

“And I’m getting hit in the face to see that.”

Stephen Malley, from Peterborough, added: “I once dropped my iPad on my face. You can still see the mark on the bridge of my nose.”

Cameron and Farage in ‘war of the ponces’ 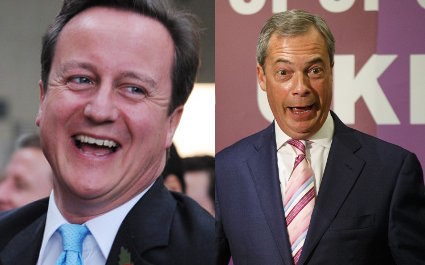 DAVID Cameron and Nigel Farage have gone into battle over who is the biggest ponce.

The prime minister insisted Farage was a ponce because his name sounds French, while the UKIP leader said Cameron was ponce because he went to a poncey school.

Mr Cameron said: “You also wear that poncey beige overcoat. Look at you, fannying about like right a little tit.”

Mr Farage replied: “What about that photo of you in the Bullingdon Club, eh? That is easily the ponciest thing anyone has ever seen. You and all your poncey mates. Go fuck yourself.”

Ponce expert, Dr Julian Cook, said: “The Bullingdon photo is obviously the ponciest thing ever, but you are both really quite incredible ponces.

“Anyway, do carry on because this is much better than listening to you both poncing on about the European Union.”