Most chimp gestures taking piss out of David Attenborough

CHIMP researchers have discovered a lexicon of 66 gestures, 54 of which are jokes at the expense of Sir David Attenborough.

Scientist Emma Bradford said: “They have five different gestures to make fun of Attenborough’s high-waisted trousers, 10 laughing at his plummy accent, and three specific gestures to compare him unfavourably to his brother’s performance in Jurassic Park.

“Attenborough is the main constant in chimps’ lives. And it seems they hold him in low esteem.”

The study looked at more than 5,000 incidents and found that even when threatened by predators, chimp communities would still send youngsters down to ruin takes by pointing their arses at the camera.

Researchers believe the finger-circle gesture for wanker, frequently used by the chimps, was not created by parallel evolution but was picked up from BBC cameramen. 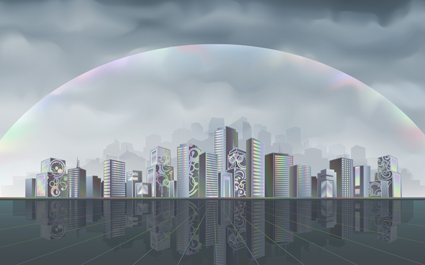 A MASSIVE dome full of the horrible things that twats like is to be built in Dubai.

A government spokesman said: “Twatopolis will consolidate our city’s status as a hub for the biggest twats on the planet.

“Footballers, their dreadful wives, sleazebag billionaires and cackling middle-management hen parties will come in their droves because it is very big, very expensive and the weather is hot.”

Footballer Wayne Hayes said: “Can I buy shoes that cost more than a hospital? Are they very colourful and can I carry them away in big shiny bags? Can I then eat a burger while my wife gets some hot ‘healing mud’ poured on her? And then buy some shit art?