A MUM is studying for a four-year engineering degree in the hope she will learn how to untwist her child’s car-seat straps.

Emma Bradford is hoping the course at Brunel University will give her the theoretical and practical knowledge to get the bastards to stay flat for a single f**king car journey.

She said: “I put the toddler in seat and they’re fine, I take her out half-an-hour later and they’re twisted to buggery. How? She can’t move.

“Other times, the straps are perfectly fine when I take her out but three hours later they’re twisted and knotted like jungle vines. It makes no sense.

“The only explanation is that the engineers made a complete arse of designing it, a theory I’m going to confirm by getting a BSc and taking it back to first principles, then writing a scholarly paper on it.

“Then, hopefully, once I’m a world-leading expert in the field, I’ll be able to untangle the straps in seconds and not spend hours hunched over the back every journey. Even on the four-year course it’ll end up quite a time-saver.”

Professor Denys Finch Hatton of Brunel University said: “The seatbelt must be fastened to the force of three newtons per every kilo of the child’s weight, then divide that by 16 to get the tensile strength. I’m bluffing. I’ve no f**king idea.”

How to start a new life after getting a bad haircut 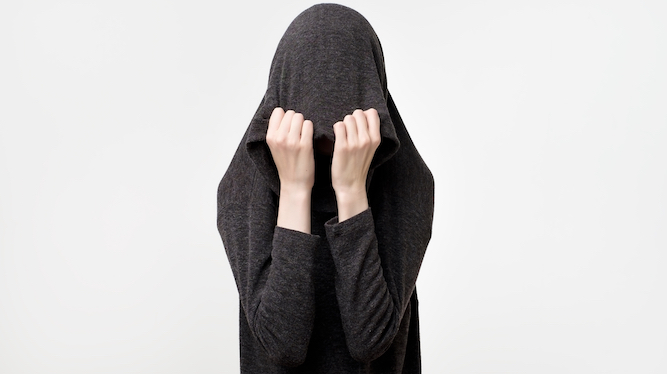 HAS your hairdresser mutilated your coiffure beyond repair? Here’s how to burn down your life and start again:

Move to a new country

Ideally somewhere famous for its awful hairstyles, like Paraguay or the Republic of North Macedonia. The immigration desk staff will stifle a chuckle when they look at your comparatively chic passport photo, but after that you’ll attract no more attention than the average military coup.

Your current name is too elegant for the bird’s nest you’re sporting, whatever it is. Change it to an ugly, monosyllabic grunt more befitting of the caveman you now resemble. Accessorise by wearing leopard skin and carrying a club.

Your old social circle of flattering fringes and feathered textures will ditch you, so you’ll have to seek out new chums with bowl cuts, half-grown asymmetric undercuts and male pattern baldness. You’ll look halfway decent as you hang out drinking cans outside the magistrates’ court.

Burn off your fingerprints

Sever all links to your old life by removing identifiers like your fingerprints and tattoos. You might be tempted to get another haircut while you’re at it, but do you really want to risk making things worse than they already are? Let the abomination grow out naturally over your wilderness years.

You’ll need a new job, but rather than an acrobat or a magician in the ring you’ll be kept in a darkened caravan out back to which a sleazy clown will lead discerning punters to gawp in terror at your haircut, billed as ‘nature’s cruel mistake.’