The Leave voter's guide to who to blame for Brexit

BREXIT’S going tits-up, and it can’t be your fault because you voted Leave. Wayne Hayes explains who to point the finger at for undermining our sovereignty:

If only they’d outvoted Leavers in 2016 then we wouldn’t be in this mess. And ever since their resounding defeat, they’ve sabotaged this great country at every turn by not believing in Brexit and insisting that we adhere to legal processes. Truly, they are the architects of no-deal.

All we wanted was a deal that met every single one of our requirements and ignored all theirs. Instead they made a mockery of our Brexit. All Britain wants is the freedom to do whatever it wants all the time without any restrictions placed on it whatsoever. Why can’t they respect that?

I proudly voted for Boris Johnson in 2019 because I wanted to stick up two fingers to the establishment. Now he’s delivering on his policy of being a treacherous, blustering moron I’ve made it clear I cannot be held responsible.

I’m not sure how exactly, but Nigel Farage blames them and he’s been absolutely on the money about everything else so far. It’s a disgrace how the mainstream media have silenced him by giving him a regular column in a major newspaper and a permanent seat on Question Time.

All Leavers did was engage in a democratic process and make the right choice as acclaimed by the media. Our demands are vague, contradictory, and it’s a national embarrassment that they haven’t been satisfied yet. Everyone besides us should be ashamed of themselves.

Britain's Lush stores full of awkward boyfriends out of their depth 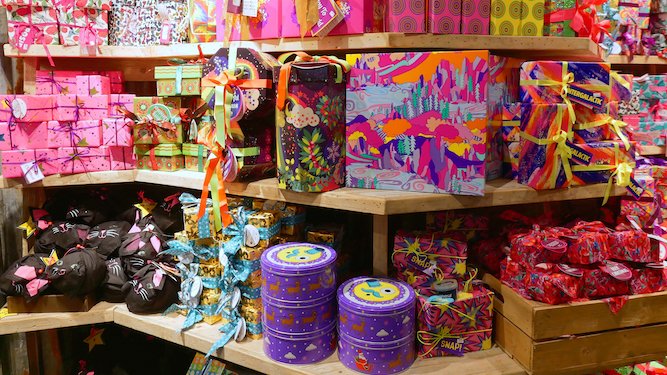 HORDES of bewildered boyfriends are milling around Lush desperately seeking Christmas gifts for their partners.

A single Lush in Northampton saw more than 1,200 men enter, look around trying to pick up a quick extra for their partners, and become hopelessly confused by a jungle of unfamiliar shapes and scents.

An employee said: “You have to get to them quickly, before their primitive senses get overwhelmed.

“But when they first come in, they’re too afraid to ask for help. They spend hours just staring at the shampoo bars muttering ‘But… what?’

“Even when you reach them in time they’re usually at their wit’s end. One guy even started openly weeping when I tried to explain to him what body butter is.”

“The man tried to sell me apple-and-quince vegan shower jelly before. I think he was joking. But what if he wasn’t?”