People discovered who drink wine for its flavour

THERE are people who enjoy wine as something other than a means of getting wasted, it has been claimed.

Researchers found that some consumers of wine, a sour fruit-based liquid that carries alcohol into the bloodstream, only drink relatively small amounts claiming an ‘appreciation’ of its flavour.

Professor Henry Brubaker at The Institute for Studies said: “Apparently there are some people for whom the taste and smell of wine is a bigger deal than getting wasted. Bet they don’t have kids or stressful jobs.

“Some of them even claim it tastes of tree bark or summer meadows. What a lot of bollocks.

“Give a glass of wine to a child, as many parents do at bedtime and rightly so, and they will candidly tell you it tastes like berries and urine. The only way to make any of it taste acceptable is to add lots of lemonade.”

“Often that story is ‘drink more of me, I will get you pissed’.”

Morrissey to donate all proceeds from new single to bastards 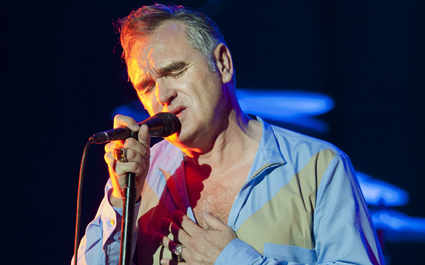 Morrissey confirmed that all the money he makes from his new single Utterly Miserable Pretentious Christmas will go to BastAid, a charity that helps bastards, twats and arseholes.

He said: “Often bastards, especially older rich white bastards, don’t have anyone to speak up for them.

“All the money I make from my new single, which isn’t that good to be fair, will go towards helping these poor men.

“Perhaps it will help build a shelter for falsely accused Hollywood moguls or maybe it will fund further education courses for predatory actors.”

UKIP member and bloke who used to say The Smiths were for ‘fruits’ Wayne Hayes said: “As long as he doesn’t sing or wave any leeks around then Morrissey might just be our Christ figure.”