THE home secretary has admitted she cannot see why the man who runs the internet will not just delete all the bits she finds offensive.

Amber Rudd told the Conservative Party conference that she regularly prints out pages from the internet, circles the bits that offend her in red, and asks her secretary to forward them on, but has yet to receive a reply.

She continued: “There’s no phone number at the bottom of Google. I can’t find out where YouTube’s British office is. And as for Facebook, apparently I don’t see the same things on my ‘Face’ as other people see on their ‘Face’. It makes everything needlessly difficult.

“All I want is all the extremist content – dirty pictures, anything unpatriotic about Brexit and the entire John Lewis website – to be removed and not to pop back up again within minutes.

“So I appeal now to ‘Steve Jobs’ – probably not even his real name – to remove everything I don’t like and leave the bits I do like. It is not complicated.”

Rudd added: “And this ‘encryption’, which means we can’t read messages about Bake Off, has to stop. It’s just rude.” 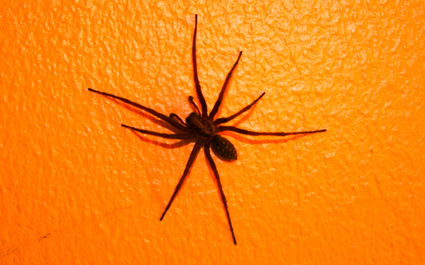 SPIDERS are shagging in your house right now and there is nothing you can do about it.

Sex-crazed arachnids are getting their legs over in bathtubs, ceilings and under your bed while you are asleep, experts claim.

Professor Tom Howard, explained: “They are at it in the laundry basket, under the sofa and sometimes they’ll even do it right next to you while you are sleeping.

Incy Wincy, a spider from Bristol, said: “The other night me and the missus had it off behind a sofa while a family were watching Victoria.

“Another night we did it in the sink three times while a woman was sat on the toilet having a piss. Good times.”