SAFETY concerns have been raised about the A380 super-jumbo after two passengers were attacked by lions during their on-board safari.

The two business class passengers had to be rescued when their Land Rover became bogged down near a watering hole and they tried to get back to their flat-bed seats on foot.

The incident comes as Airbus announced that the next generation of A380s will feature a 25,000 seat auditorium based on the Roman Colosseum.

Vasily Borodin, vice-president of Russia's Aeroflot, said first class passengers will be able choose up to a dozen people from economy and then command them to fight to the death.

"The winners and their families will be upgraded, so we should get some terrific contests," he added.

But the giant plane has been criticised by business travellers after it emerged that its on-board golf course was only nine holes, and not the 7000-yard championship links as originally promised.

Jean Floriette, A380 lead designer, said new planes coming off the production line would be upgraded to include a Jack Niklaus designed 18-hole course with club house and spa, although he admitted this could lead to compromises elsewhere.

He said: "We may end up having to cut back a bit on the grouse moor, but there's already a stag hunt and some world-class salmon fishing, so we hope this minor change will not inconvenience passengers too much."

He said there was no question of the A380 jettisoning Der Stuka®, its six storey high water slide which sends passengers down a 250 feet near vertical drop and on to a 300 foot long runway. 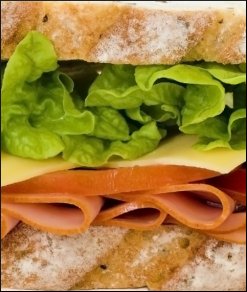 PRIME minister Gordon Brown has drawn a red line around the savoury cheese sandwich on his desk and warned the EU to back off.

Mr Brown said no more sandwiches would be surrendered to unelected bureaucrats and pledged to defend Britain's long-term sandwich interests.

The prime minister told the House of Commons: "Law and order, immigration, our economy, our environment and our national defence are all now safely in the hands of some nice Dutch people.

"But on the core issues, I faced up to my European counterparts and said, 'if you so much as look at this sandwich or any other British sandwich, I will write a column in The Sun'."

He added: "Those greedy foreigners now know they cannot trifle with the British people or their prime minister, or his sandwich. Or, for that matter, his trifle."

Demanding a referendum, the Tories warned that Britain would soon be forced to eat long, cumbersome French sandwiches or could even face a take-over by the Italians, who don't eat sandwiches at all.

Although Mr Brown dismissed the Tory attacks, he was forced to concede that the red line will have to redrawn after every bite, and when the sandwich is finished he has to send the pen back to Brussels.