LEADING scientists last night rejected a new ‘ethical’ stem cell technique insisting it would do nothing to annoy fundamentalist Christians.

The new method takes human skin cells and makes them behave like embryonic stem cells in a breakthrough that has disappointed researchers across the globe.

But Professor Henry Brubaker, of the Institute for Studies, said: “I did not spend eight years at university just to adopt research methods that do not annoy the holy living shit out of the Jesus freaks.

“I got into this business to take science and rub it in their stupid, medieval, voodoo faces.

“It always puzzled me why they got so annoyed given that the embryo in question had no brain or nervous system and how to the untrained eye it was impossible to tell if was a human or a sea horse.

“Nevertheless they would open up their bibles and point to the bits about the sanctity of this and the holiness of that and I’d point to the bit about how it’s forbidden to eat cormorants.”

Professor Brubaker said he and his colleagues liked to play with the tiny embryos and would often use them to act out scenes from the New Testament including the Sermon on the Mount and the feeding of the five thousand.

The professor stressed that stem cells will also have a wide range of clinical uses with the exception of bringing someone back to life after they have been nailed to a cross, ‘because that’s just a dangerously insane fairy story’.

He added: “If only I could find some way of manipulating the embryo to make it gay.”

Bollocks To Goals, Show Me Football 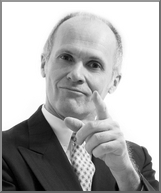 During a recent speaker's lunch at the Heathrow Travelodge, Brazilian legend and close personal friend of someone Zico, asked me what sets English footballers apart from the rest of the world.

After thanking him for the 1982 Brazil World Cup squad – the wife cannot stop talking about the smoothness of their play and the tightness of their little blue shorts and for that reason I am unable to stop divorce proceedings against her – I told him that English football never forgets that a team that scores goals is a team with no moral centre.

When people ask me 'What is this English football?' I show them a picture of my golf partner Terry Butcher bleeding profusely over a Scandinavian person. I show them Des Walker, my darts partner, careering enthusiastically into a bare shin. Sometimes I show them a criminally insane northern man kneeing someone in the ear.

Goals have always been a foreign disease, infecting the purity of the English game with their disgustingly fast balls. Show me a man who prefers a goal to a nice, long throw-in and I'll show you a man who would have slept passionately with public school nancy-boy William Webb Ellis for picking up the ball and inventing rugby like an Argentinian.

Arsene Wenger has made his reputation as the long-fingered, rubber-voiced professor of football. But last weekend he seemed finally to have risen above the evil, net bulging chaos of scoring and removed the nauseating stench of goals from the Arsenal game.

A lesser man would have indulged himself carnally against a Fulham side acknowledged by Roy Hodgson as '11 turds all pointing in the wrong direction'. But Wenger has at last has embraced 'the English concept'  by allowing his team to grind out an aesthetically-pleasing draw.

Meanwhile at Anfield Liverpool know what football really means and if tradition still counted for anything in this shabby country they would be a shoo-in for the title. Shame on those Premier League cat-flaps who insist the trophy goes to the team that has demonstrated its ability to be better than all the other teams purely on the basis of results.

And even dread Manchester United, whose rejection of all things decent suggests they may well be having regular telephone sex with an Italian car mechanic, tried their very best to win a major trophy without scoring.

I fear that goals will soon once again rear their ugly, sluttish heads and wrap their spongey breasts around our defiant cheeks, but for proud Englishman this, at least, was a weekend to be cherished.