MARINE biologists from Scotland have discovered, deep-fried and eaten the world’s biggest prawn.

The creature was discovered seven kilometres down off the coast of New Zealand by a team from Aberdeen University dedicated to searching the world’s oceans for strange and exotic new life forms to cook in batter.

The crustacean had a pre-fried length of 34cm, but shrank to just under 20cm after 12 minutes in a regulation fryer.

Team leader, Dr Alan Jamieson, said: “We were very keen to see how a creature from such a dark, cold and high pressure environment would react in very hot fat.

“It’s thoracic structure is quite unlike anything we have encountered so far and absolutely delicious.

“We’re now going to experiment with different batter recipes to see how that affects the cell structure’s texture and consistency.

He added: “We’ve no idea how many are down there but we’ve eaten 15 of them so far.”

The new discovery is the second largest made by the team after the Marianas Sea Sausage, which at six foot three inches remains the longest thing eaten with brown sauce in a boat.

Capello advised not to select anybody 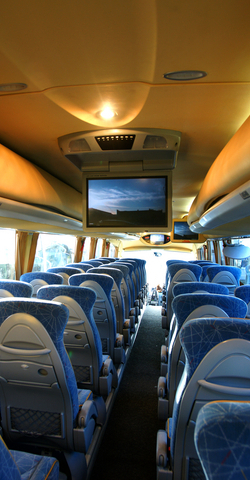 FABIO Capello has been asked to submit an empty team sheet for Euro 2012 to avoid selecting gits.

The England manager has gone with a traditional formation of scumbags for the qualifying rounds but may experiment at the finals by adopting the modern system of picking people you would trust to house-sit without defecating into your laundry basket.

Capello said “While we’re grateful to the ‘team’ for getting us this far, waking up in your hotel room with a cock and balls drawn on your chin gets tiring after the eighth or ninth time.

“It’s been too long since England won a major tournament and turning up in Poland with or without football players is unlikely to change that.

“But if I go on my own at least I won’t have to learn Polish phrases for how to bail somebody out of jail.”

Selection to the England side has caused a philosophical debate as to whether it confers scumbagness onto a player or whether a player’s very scumbagness causes them to be selected in the first place.

In order to tackle the issue, the FA is to tighten eligibility criteria with a morality quiz including questions about sex with furniture and the correct form of address for a variety of racial minorities.

Footballologist Wayne Hayes said:”I’d estimate there’s currently about six English professional footballers capable of passing it, but one of those is Gary Neville.

“Half the current team would just draw a stick figure gang-bang on the exam paper and the rest would take it to a Travelodge for the afternoon.”