Stonehenge May Have Been A Henge Showroom, Say Experts

THE discovery of a second henge at Stonehenge has led to claims that the site may have been a showroom for henges.

The new henge was discovered 900m from the world famous original and carried a price tag of 460 cowpats.

Professor Henry Brubaker, of the Institute for Studies, said: “I’d imagine in future years we’ll discover at least a dozen more henges in the area, all with their own pricetags and perhaps even payment plans.

“What’s not clear is whether these henges were display models, like a fitted kitchen at Homebase, or whether the customer actually took the henge away with them, like it was a car or a new sofa.

“If they did then we should be able to find a series of very deep tracks caused by 40 ton lumps of stone being dragged towards some of the early middle-class hut developments near Warminster.”

He added: “I’d imagine the customers would have been offered a cup of diluted goat’s urine or some fresh mud and then shown around the henges as the salesman demonstrated various features such as its ability to stay up and how good it was at casting shadows in a mystical way.”

Tom Logan, professor of ancient consumer history at Reading University, said: “The documentary evidence tells of travelling merchants who would knock on your door just when you were having your dinner and tell you that they were in the area and that your hut had been one of only three that’s being offered a top-of-the-range show-henge ‘for the new brochure’.

“You’d then sign up for what was supposed to be a free henge, but before you know it you’d be hit with a bill for at least 300 cowpats, possibly more if your henge had one of those bits that sat on top of the other bits.”

He added: “It’s a fascinating insight and it shows that our ancestors were just as good as we are at spending borrowed cowpats on shit they didn’t need.” 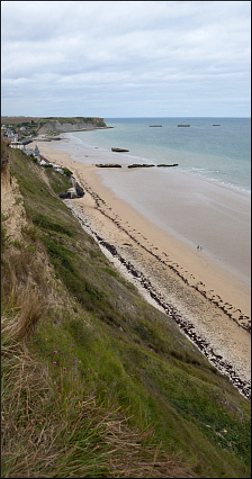 DAVID Cameron was facing the wrath of veterans’ groups last night after claiming the Second World War was illegal.

The prime minster said that Britain had only agreed to invade Normandy because the Canadian ambassador had threatened Sir Winston Churchill with an angry cat.

Speaking at the end of his official visit to the United States, Mr Cameron said: “In 1945, at the behest of the Canadians, we invaded France because the French had invaded Spain.

“Or was it Germany? Or was it Peru?

“Anyway, we did our bit, even though the whole thing was a obviously a scam.”

He added: “I personally believe that if America had entered war in 1948 then the world would be a very different place. But unfortunately they waited until 1983 by which time the whole thing had been over for at least 15 years.”

Roy Hobbs, who landed on the Normandy beaches on D-Day, said: “Were we fighting the French? I know I killed a hell of a lot of French people that day, but I can’t remember if I was supposed to.”

In London, deputy prime minister Nick Clegg announced that he was illegal, that the British government was up to all kinds of ‘sinister doings’ and that UK troops were withdrawn from Afghanistan ‘years ago’.

Standing in for Mr Cameron at prime minister’s questions, he told the House of Commons: “Mr Speaker, there have been no British troops in Afghanistan since 1520. But obviously that will depend upon conditions on the ground, at the time. Hang on, I’ve been reading this upside down.

“Anyway, this government is up to all kinds of murky badness. You should see my face in some of the meetings. I’m like ‘whaaaaat?‘.”

Mr Clegg then drummed his fingers anxiously on the despatch box before adding: “Who wants to see a magic trick?”

Meanwhile, Mr Cameron’s elderly parents have written to the headmaster of Eton Collge demanding their money back.

Mrs Cameron said: “Thirty grand a year for this shit? Do I look like a fucking chump? I want my money. Now.

“And don’t piss me about. I’m a magistrate and I will fuck you up.”