Using Google Glass with PS4 to get boring fast

COMBINING the cutting-edge technology of the Google Glass headset with a state-of-the-art games console will actually become quite boring after about two weeks.

Experts said the ‘heads-up’ display will deliver experiences so ground-breaking that after the fifth or sixth time you will demand something much better.

“But it won’t even come close to doing your head in. You’ll actually think ‘yes, well, jolly good’ and then ‘so what’s next?’ and eventually ‘I hate stuff that happens on the inside of my eyeballs’.

“At that point Google, Sony, Apple and Samsung will claim they are all close to perfecting a ‘brain implant’ and will then spend $15bn trying to invent one so they don’t look like a bunch of arseholes.

“And, ultimately it’s all just leading to the holodeck from Star Trek: The Next Generation. At which point you say ‘whoa, no way, that’s totally doing my head in’.

“And then you remember that you’ve seen Star Trek and the holodeck was one of the many reasons you got bored of it.

“But it’s too bad, because that’s it. Show’s over. What are you going to do now?”

Hornets going to sting anyone who uses them in racist simile 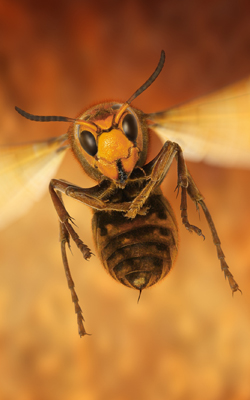 YELLOW-LEGGED hornets have promised to sting anyone who compares them to human immigrants.

The intimidating-looking insects will arrive in the UK this summer to scare the shit out of everyone.

However the hornets have said they will only actually sting people who have used them in tired racist similes.

Hornet Tom Logan said: “We’re aware that internet is awash with bitter middle-aged men comparing us to ‘all the foreigners coming here’ and themselves to hapless, hard-working honey bees, then feeling very pleased with themselves.

“That kind of shit really gets our mandibles in a twist.

“And before you say it in that smug tone of voice, we have no interest in ‘claiming benefits’.

“That’s because we don’t have bank accounts, due to us being fucking insects.”

The Asian hornets plan to nest in the gardens of people who have compared them to ‘everything that comes from abroad, basically’.

Tom Logan said: “You’ll know we exist in a non-figurative sense when we’re chasing you around your garage, repeatedly stinging you on the ears and neck until your head bursts.”