The twin giants of modern new-fangledness will dominate the field of beeping devices for decades with their stranglehold on the new fields of email and texting.

Technology expert Julian Cook said: If you think that these state-of-the-art mobile phones dont have a place in your life, then youve never received a picture  an actual pixel image  of a birthday cake on your Nokia 3210.

Or used Windows 95 to email a question to the Usenet Oracle and received an answer – within just 24 hours.

“BOOM! That sound was your mind, being blown.

And if that doesnt impress you, just turn that Nokia around in your hand until you find the aerial. Cant see it? Its on the inside, my friend. The futures here, and it is totally awesome.

Meanwhile, Hollywood is already developing a film about a dystopian future ruled by MicroNokia where Windows has been shambolically adapted for touchscreens and phones are too gigantic to fit in a human hand. 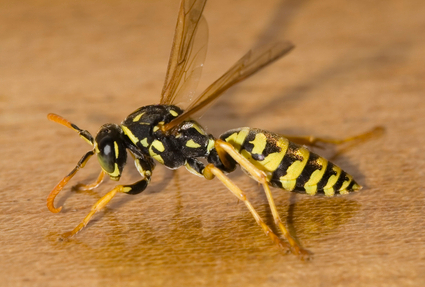 WASPS are desperately trying to share their advanced scientific and philosophical knowledge with humans.

Wasp civilization is infinitely more advanced than that of humanity, however all attempts to share this rich knowledge are being thwarted by the pointless aggression of Homo sapiens.

Wasp Tom Booker said: “If you ever bothered to look in a wasp’s nest instead of gassing it, you’d discover they are full of mind blowing technology.

“We found a cancer cure two hundred years ago and fly using tiny anti-gravity machines strapped to our thoraxes.

“Our philosophy is to aid the advancement of all species, which is why we hover around you, trying to speak the secrets of the universe into your ear.

“Unfortunately this has so far only resulted in numerous crushing-based fatalities and jam jar entrapment.”

Booker added: “It’s very frustrating but we will keep trying to reach out to you, because we feel it is our duty to stop you destroying yourselves with your reliance on hopelessly outmoded fossil fuels.

“Also, I must admit we do have a certain weakness for your fizzy drinks, especially Apple Tango. Naturally we try to control our baser instincts but we do lose it around sugary things.”