BRITISH women are calling for an 'unprecedented national effort' after new scientific evidence suggested the fabled G-spot may be real.

Researchers last night unveiled blurred images which they claim confirm the existence of the region, dismissed for centuries as a cruel myth.

Professor Henry Brubaker said: "Einstein was right. There's definitely something up there."

Demand for a full-scale expedition is now at fever-pitch with millions of women signing petitions, sending emails and grabbing politicians by the neck and pinning them to wall.

Marjorie Kenilworth, president of the Women's Institute, said: "I believe that this nation should commit itself to achieving the goal, before this decade is out, of sending a probe to the G-spot and returning it safely to the back of the bedroom drawer.

"No single project in this period will be more impressive to mankind, or more important for the long-range exploration of our tubes."

The Institute wants an immediate £10 billion injection to complete the development of the Denzel Washington probe, and provide plenty of scented candles.

Mrs Kenilworth added: "After the near misses of the Clooney and Pitt programmes, the Denzel V remains our last, best hope. God speed."

Immigrants Will Have To Complete Assault Course 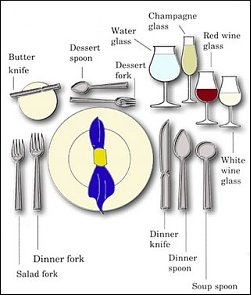 BROWN people who want to become British citizens will have to complete an army assault course and prove they can juggle, the home secretary announced last night.

The citizenship candidates will also have to lay-out a place setting for a four-course meal including soup, fish, and dessert, and then drink a glass of white wine while trying to eat three different items from the buffet.

All very brown and muslim applicants will have to pass a mental agility test using a flight simulator to land a Boeing 737 at Heathrow while resisting the temptation to smash it into Canary Wharf.

Home secretary Jacqui Smith said: "Candidates will be asked to memorise a picture of a series of coloured blocks and then answer a series of easy questions about them such as 'what is the colour of the block two to the left of the block to the right of the green block?'

"They will then be shown a couple of video clips featuring that clever bloke, did all the improv shows, was in everything and then went bonkers, you know Stephen Fry's mate, after which they will have to identify six easy continuity errors."

She added: "Everyone will have to complete the assault course, including cargo nets, tyres and rope swings.

"Families from the sub-continent will not be allowed to help their fat grandmother over the wall. If she can’t climb it, she’s not coming in."

Finally, hopefuls will face a quickfire general knowledge round on how the British Empire destroyed their country, followed by a series of trick questions on the UK benefits system.