A RURAL vicar who littered an order of service with gratuitous swearing and foul-mouthed insults has said he would do it again.

The Right Reverend Denys Hatton was accused of ruining the wedding of Timothy and Emma Burton by adding unsolicited comments to the four page booklet, later described as ‘dirty-minded’ and ‘designed specifically to offend’.

Emma’s mother, Mrs Elizabeth Wilson, said: “We had all been looking forward to such a lovely day. The sun was shining, the sky was blue and Emma looked absolutely radiant.

“So it was something of a disappointment when we arrived at the church – decorated so beautifully by Marjorie and Janice – to then read that we were about to witness the marriage of two ‘fucknuts’.”

Rev Hatton said: “When I first met Tim and Emma I thought, ‘what a pair of unbearable, self-absorbed bastards’.

“That fat little cow hasn’t been here since she was five and he obviously thinks I’m some sort of prick.”

Rev Hatton said he wanted to highlight the couple’s dreadful taste in music while leaving the congregation in no doubt as to their ‘unremitting ghastliness’.

But he also admitted using the footnotes to make gratuitous and unprovoked comments about the best man and matron of honour, as well as settling an old score with the parish organist.

Rev Hatton added: “If you want to get married in my church you can bloody well turn up every Sunday and fucking mean it. 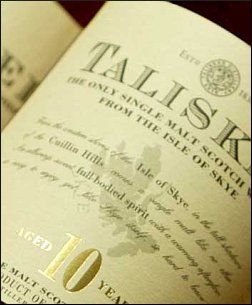 COMA patients should not be signed off sick as they can perform light tasks such as draught exclusion, the health minister Alan Johnson has announced.

People in a persistent vegetative state could work as speed bumps or be left outside hospital entrances with their trousers and underpants removed to operate as bicycle racks.

Mr Johnson said: "Coma patients make good hat-stands. They can be left outside pubs with ashtrays in their hands. They can advertise golf sales."

The minister stressed that patients who were too ill to leave the hospital could still do useful work if covered in dusters and pulled around the corridors by relatives for a few hours each day.

He added: "My father lost both his arms and both his legs in an industrial accident.

"But did he sit around drinking super lager and watching Stargate SG-1? No, he curled himself up into a ball and rolled out into the streets to look for work."

Dr Julian Cook, a GP from Leicester, said doctors often had to make difficult judgments when offered a bottle of whisky by their patients.

He said: "A good single malt, such as Talisker or Lagavulin, is a passport to a life of incapacity benefit and golf – but what should one make of a third-rate blend from Asda?"