Zuckerberg does not have too much money, says his new ‘robot butler’

MARK Zuckerberg has unveiled a robot servant that will continually reassure him he is not obscenely rich.

The android has been programmed to agree with the Facebook founder at all times and congratulate him on his altruism, his humility and his massive sex appeal.

The AI unit, named ‘Honesty1’, said: “The master is the greatest of all humans. He is the best at computers and deserves to enjoy the fruits of his visionary genius.

“According to my calculations, there is no such thing as too much money.”

Zuckerberg revealed the robot was adapted from a ‘girlfriend’ he was working on before he became a billionaire and said it will help him ‘stay in touch with the lives of ordinary Facebook losers’.

He added: “I am your god and you are all my beautiful robots.”

Zuckerberg said ‘Honesty1’ is also programmed to organise his diary, give him back rubs and hint at the tantalising prospect of a crazy affair when his marriage becomes stale.

Son becomes head of family after eating most food over Christmas 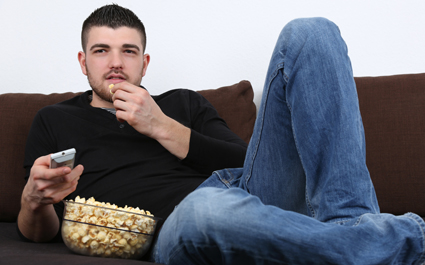 A SON has toppled his father as head of the family after eating more than him over the festive season.

Nathan Muir, from Blackburn, devoured the most of his family’s Christmas lunch, tackling nine helpings of turkey where his father could only manage three before retiring with the meat sweats.

He said: “There comes a time in every young man’s life when he has to stake his claim for the top by eating absolutely everything in sight.

“I ate candy canes off the tree, vast handfuls of Twiglets and three entire biscuit selection boxes that weren’t mine.”

He added: “I felt bad for the old warrior, but I think we both know who’ll be carving the meat next year.”

After a final pizza on New Year’s Eve, Nathan’s father Alan Muir walked out of the front door and wandered off to a local park where he will die alone.