80% Of Britons Name Television In Their Will

FOUR out of five people in Britain have named their hire-purchase widescreen television in their will, according to a new study.

The survey showed that most people are more familiar with their television’s menu functions than their own middle name and around 60% would rescue it from a house fire at least an hour before their own children.

Researcher, Gail Hartman, said: “One woman I interviewed kept referring to her 42” Sony Bravia as ‘Lewis’ and insisted I tell him how handsome he was looking today.

“She’d made it a little hat and everything and she said she’d had him since he was a portable.”

Hartman stressed that mixed human/television marriages are inevitable, adding: “It’s only a brief moment  of evolutionary time before men develop SCART-shaped genitals to consummate their feelings, whether it be with a classy, sophisticated Panasonic that’s too good for them or some skanky little Alba they’ve picked up in Argos.

“The relationship between owners and their sets has changed over the years – in the 30s they were viewed like members of parliament stood in the corner of the room telling you which set of  fuzzy-wuzzies the Prime Minister had recently subdued.

“These days your average television is like a priapic moron with ADD hurling shit into your face, then calling you an idiot for letting him get away with it. Like a slightly less demented version of Noel Edmonds.”

Figures showed that the average UK citizen watched an average of four hours of television a day, although this figure trebled in areas within 300 yards of an Iceland store.

This represents a 22% increase from 2005 with experts citing the harsh winter and the lingering hope that James May will eventually rip off  Richard Hammond’s arms and use them to beat Jeremy Clarkson to death. 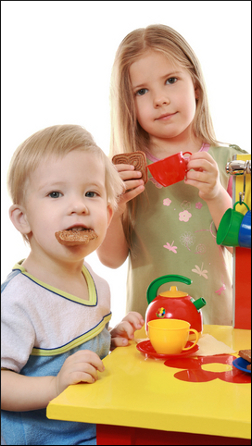 MANY Blackberry owners are pretending to fixate on the gadget as an excuse for ignoring their tiresome, bleating partners, it was claimed last night.

Research by the Institute for Studies found that 68% of Blackberry owners regularly fiddle with the device, staring at it intently as if completely absorbed in its tiny screen, just so their spouse won’t talk to them.

Father-of-two Tom Logan said: “My wife thinks I’m besotted with the machine and regularly threatens to thrown it out of the kitchen window.

“I don’t even know what it does. I just sit there typing words like ‘sfdhhrht’ with a grave expression on my face like I’m lost in some sort of profound technological communion.

“I’ll hear my wife ask questions like, do I want to go on some horrific ‘city break’ with her vile, braying friends. But I don’t respond, and after a minute or so she’ll go away.

“Works the same with the kids, and all their bullshit.”

“It’s a wonderful excuse for not responding to my husband when we’re in bed and he starts doing that oh-so-subtle ‘cuddling’ thing that means he wants to point his bloated, hairy carcass at my fandango.

“I just keep poking away with my little pen, like I’m writing an important email. Eventually he’ll give up and turn to face the wall, pretending to be asleep while secretly simmering with a silent and ever-growing resentment.