POLICE at Downing Street completely failed to spot 100 staffers with eight-packs of Stella in blue plastic bags getting shitfaced in the garden. What else did they miss?

All the other parties

The other May parties, the Christmas parties, the Harvest Festival parties, the 2021 Valentine’s Day ball with live PA from Peter Andre: it seems there wasn’t a party at Downing Street that police managed to catch. Meanwhile, elsewhere in Britain, they were busting baby showers.

Sadly, the Met – whose boss, Cressida Dick, presided over the execution of an innocent Brazilian man then got promoted – did not have enough evidence to act on lockdown parties. The photos, email and first-hand testimony were insufficient. However if you’re two black athletes in a nice car they’ve got all the evidence they need.

That twat going to Durham

Eyewitnesses can be confused. Questioning can be intrusive. Investigating senior civil servants can be gently discouraged. So ultimately no action was taken by the police about Dominic Cummings’s lockdown-breaking visits to Durham and Barnard Castle while they were telling two people sat down with crisps that it was an illegal picnic.

The Met’s failed to observe that hundreds of people gathered to mourn Sarah Everard last March were socially distanced and outdoors, instead judging it as a riot waiting to happen and acting accordingly. Though many of them were able to use their detective skills to trace and harrass attendee Patsy Stevenson on Tinder.

Despite an official report of ‘institutional racism’, the Met has never once found any racism whatsoever within its ranks. Even when senior black officers expose it, subsequent investigations always find it was just a misunderstanding and here’s a large payoff. Perhaps it’s because they’re so busy not being racist they miss massive illegal piss-ups. 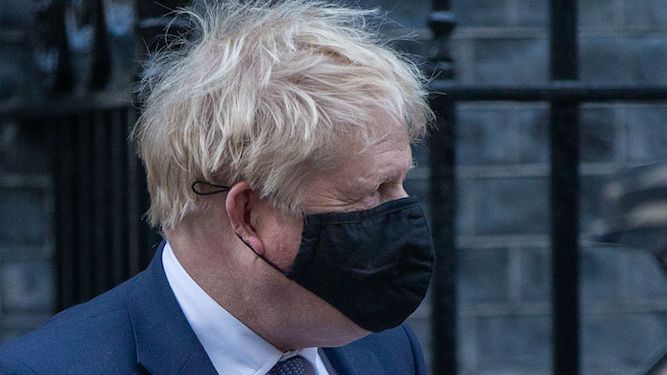 THE summer of 2020. For many it was a time of Covid, of lockdowns, of furlough. But I and a hundred close colleagues will always remember it as our party summer.

As the days lazily rolled on, the sun shining and the streets empty of traffic, there seemed to always be a party blossoming into raucous life on Downing Street.

Whether wine, cheese and a tableful of bottles on May 15th or the full-on 100-person bring-your-own-booze bacchanalia a week later, the champagne was flowing and spirits were high.

Like Jay Gatsby and his gang in the roaring twenties, we had nary a care. While Covid ravaged the country we chinked glasses and mingled in the Eden of Downing Street’s rose garden.

It seemed those days would never end. Even when Cummings was doing his press conference there were 50 people high as kites dancing a Charleston just over the hedge.

Back then nothing could ever go wrong for us. We were young, and free, and full of life and hope. The whole of Britain being locked down simply didn’t matter to us.

But no summer lasts forever. The months advanced, the days got shorter, the rest of the country was allowed to meet six people from a maximum of two households, and the parties lost their delicious savour. We’ll never have that summer again.

No, it was time to put away the rosé, to fold up the garden chairs, to retreat indoors and to begin planning our absolutely f**king massive party winter.