Absolutely pathetic twats pretending to be confused by recycling

A COUPLE who claim their local recycling scheme is bafflingly complicated are actually just reactionary twats who like complaining, it has emerged.

Roy and Sheila Hobbs regularly criticise the simple fortnightly system, but mainly because they hate environmentalism which they consider to be a left-wing conspiracy.

Roy Hobbs said: “With three different bins we don’t know if we’re coming or going. Only an insane bureaucrat could have dreamt up a nightmare like this.

“Apparently you should recycle batteries but you can’t put them in your grey recycling bin, which makes no sense whatsoever. It’s like being trapped in a Kafka novel.

“I suppose next if you accidentally forget to rinse out a jam jar they’ll send round some enviro-fascist bully boys with knuckledusters to beat the recycling rules into you.

“Personally I’m very pro-environment, I’m just sick of left-wingers using global warming as an excuse to raise taxes then telling me I can’t put cat litter in the garden bin.”

Wife Sheila said: “You need a blooming PhD to keep track of these fortnightly collections. I think they expect you to sit up all night with a calculator working out which bin’s next.

“This recycling madness is why we need to cut government spending, scrap all benefits and only spend taxes on the army, police and hangings.” 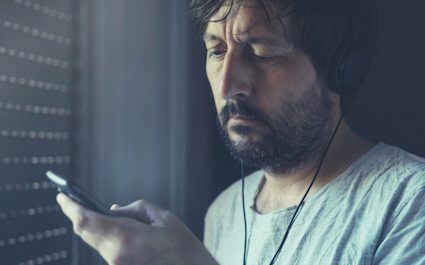 ONCE, I would read of the albums of the year and take careful note, cross-referencing lists and rewarding the most appealing albums with a purchase.

Now, though, that process is redundant. Because, thanks to Spotify, I have heard all the albums of the year, and they are a right load of shit.

Once I could say “The critics have reached consensus on the excellence of this,” as I smilingly bought Tame Impala from HMV, take my CD home and try to believe it. Sometimes it even worked.

The old world was a better world. I wish I could still believe in Lorde and LCD Soundsystem and Kelala when I see them in these top tens, instead of bearing the sad knowledge that they’re a pile of wank.

You might say I’m old and bitter, but why should I be bitter? I get all my music for free and my meals too, because I still live with my mum, which is actually a very convenient arrangement for a 46-year-old man. Anyway have you heard Lana Del Rey’s Lust for Life? It’s brilliant.