Afterlife only for animals

ONLY animals go to Heaven, it has emerged.

All other species live forever in paradise, while those unlucky enough to be born human face oblivion when they draw their last breath.

St Peter, who is actually a giraffe, said: We tried admitting humans, but they just fouled things up with their futile grand schemes, ridiculous delusions and ultimately ruinous, violent tendencies.

We even tried keeping them on leads but that didnt work, so God, who is actually a hedgehog, decided it was for the best to bar them altogether.

St Peter said that contrary to the belief of biologists, animals were fully aware that they would enter eternity after death.

That antelope being hunted down by a hungry pack of lions? Hes philosophical. A brief moment of pain then off he gambols to paradise.

Thats the reason we decided not to give animals the power of speech, just in case they let on.

So, enjoy your trousers and your internet and Downton Abbey because thats as good as it gets. 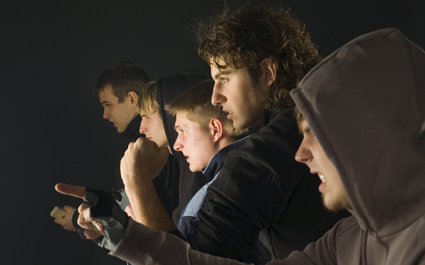 MANCHESTER City captain Vincent Kompany has admitted his side was distracted against CSKA Moscow by the lack of abusive chanting.

Fans were banned from watching the 2-2 draw, meaning the stadium was empty but for UEFA dignitaries and journalists, none of whom were intending to watch the game anyway.

Kompany said: “As a Man City player, you get a real lift from 40,000 people telling you they hate you. Everyone dreams of being burnt in effigy, and we really missed that against CSKA.

“You feel really self-conscious complaining at the referee when he can actually hear you.”

Man City assistant boss Brian Kidd said: “I swore at them from the touchline as much as I could, but as usual, I don’t think they paid me any attention.”