Age of consent to have upper limit

SEX with people older than 61 is to be made illegal in the UK.

“Old age is supposed to be relaxing, you’ve accepted that your genitals have shrivelled to insignificance and can just grow potatoes and obsess about the parking space outside your house.”

She added: “Sex is supposed to be beautiful and natural – but there’s nothing natural about two naked people who watched Doctor Kildare first time around writhing in a horizontal dance of death.”

Nathan Muir, a nursing home manager commented: “I’m exhausted from having to remove residents from the wrong rooms after lights out.

“If you have a bath with a special cut out-door and a collection of china animals, you should not be doing it – ever.

“I’ve been wondering whether I’d get a raging, out of control libido too if I wore slippers everywhere and ate my dinner at 5pm.”

Denys Finch Hatton, 72, said: “This is actually a huge relief. Finally I can stop munching loads of Viagra and just sit in a chair watching war films until I die.” 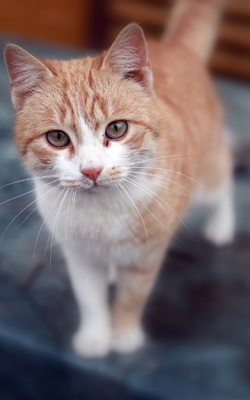 A BOSS has demanded that his staff create a wildly successful viral video for a boring business idea.

Bill McKay, managing director of Midlands-based Premier Boiler Services, has instructed his staff to produce a worldwide video hit to promote his idea for a customer loyalty card.

Office administrator Emma Bradford said: Bill came into the office yesterday and said We need one of those virals and it needs to get a billion hits.

Hed obviously read something about viral marketing, but unfortunately he didnt tell us what this massively popular video would actually be.

I might balance my cat on the toilet and film him, which would be funny because cats dont use human toilets. Also Ian the accounts guy reckons he can get his three-year-old to sing Footloose by Kenny Loggins.

The problem is, I dont think you can plan a viral thing. They just sort of happen because there are a lot of idiots who like watching shit.

“I suppose like most businesses we can just do whatever then congratulate ourselves simply because something happened.”

Other ideas suggested by the de facto creative team included a domino marathon, a child being punched in the face by a monkey and someone with their shoes on fire, like, hopping around.

McKay said: All we need to do is think of a completely original idea that millions of people will find hilarious. How hard can that be?”