Ageing Population Will Have To Take Tea As It Comes

AN ageing population means that old people may lose the right to pick holes in any cup of tea they haven't made themselves, according to new research.

By 2084 every other person will be over 90, placing a heavy strain on Britain's tea-making resources and making it untenable for old people to give a detailed critique of every hot drink put in front of them.

Stephen Malley, of the Institute for Studies, said: "Unless geriatrics can learn to drink their tea as it comes and without complaint, they will no longer be able to expect a continual supply."

The reports suggests that feedback from elderly persons about their tea being 'like dishwater', 'stewed', 'too cold', 'too hot', 'too full', 'having not enough/too much sugar' 'not right' and 'still not right' should be completely ignored, in the same way you ignore their malicious gossip about the Asian family who have recently moved in nearby.

Mr Malley added: "Old people are going to have to accept faster, more expedient tea making as a fact of life. Obviously they'll moan, but they'll still have their puzzle magazines, and their increasingly jumbled memories of the halcyon days when everyone had polio.

"And here's a tip, when they ask if you've warmed the pot first, just say 'yes'. It doesn't make slightest difference anyway."

Bill McKay, of the Federation of Old Persons, said: "Yes it does. You can't make a decent cup of tea unless you've warmed the pot for at least ten minutes. Then when you've made the tea you have to leave it to stand for at least quarter of an hour, otherwise you could die in agony."

He added: "Can I have some of your money?"

Backpacker To Explain Why He Smells Of Prostitutes 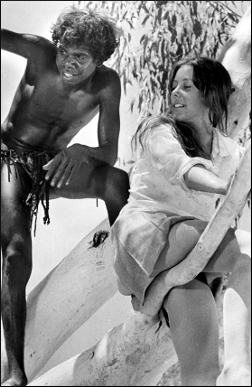 THE 19 year-old British backpacker found after two weeks in the Australian outback will today be asked to explain why he smells so strongly of prostitutes and gin.

Jamie Neale, from North London, was reported missing hours after he failed to return from a night out in Sydney. He is now being treated in hospital for chronic dehydration and exposed parts.

Sergeant Tom Logan, of the New South Wales police, said: "He couldn't give us any real detail about where he had been, but he did reek of alcohol and cheap sex and had an enormous smile on his face.

"Other than that we have absolutely no reason to believe he has spent the last fortnight in a brothel, having round the clock sex with prostitutes from every corner of the globe and slurping home made gin from a bucket.

"Even though, as we told him, it is very easy to lose track of time in a situation like that. You wake up one day, realise you've probably been declared missing and then head for the hills while frantically pulling your trousers up."

Jamie said: "I can honestly say, with hand on heart, that the last two weeks have been the most intense of my young life.

"I admit I do smell a bit strange but that's because I was attacked by a badger on heat and the only food I could find were those berries that they use to make gin."

He added: "I will be coming home as soon as possible mainly because all my money was stolen by an owl."