All London properties to become timeshares

EVERY residential property and office in London is to become a work-residential timeshare.

Open-plan offices will become mixed-use dorms for manual workers at night and flats left empty during the day will be used as bases for tech start-ups.

Boris Johnson said: “It is an unconscionable scandal that perfectly pleasant flats are sitting unoccupied for 12 hours a day while their owners are at work.

Henceforth residents will be required to clock in and out of their homes and occupancy will be managed by a big rota on the kitchen wall, like in a student house.”

Dalston resident Eleanor Shaw said: I dont mind the fella who comes in and does his Powerpoints during the day. He always puts milk in the fridge, tidies up after himself and hes nice to the cat.

But when I have to work late I overlap with the family who live in my design studio at night, and its hell hitting deadlines behind a couple watching a West Wing box-set and arguing about who forgot to soak the mung beans.

Johnson continued: We are one step closer to my dream of a London where every square foot is monetised, every single minute of the day.

“Rich foreigners can continue to own as many empty homes as they like because this is their city. We are merely its custodians.”

Success mainly down to having a loud voice 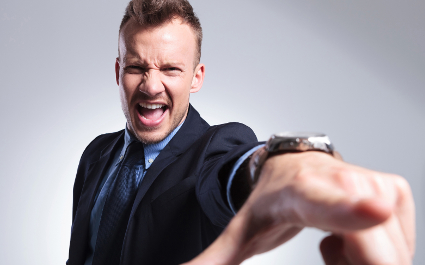 HIGH earners are more likely to shout all the time, it has emerged.

Researchers found a direct correlation between a person’s salary and the number of decibels their voice is capable of reaching.

Business analyst Nathan Muir said: “Success and shouting are the same thing. It doesn’t matter what you say, as long as you say it at sufficient volume.

“Perhaps we learn to equate loud with good by watching bands at massive corporate summer festivals.

“The important thing is that your rivals’ voices are inaudible, so everyone has to go with what you think.

“Men have a massive advantage in the workplace, because they have louder voices. As do people from public school, because those places are savvy enough to have shouting on the curriculum, shouting competitions and inter-school shout-offs.”

“When I was at school, I wouldn’t shut up! Even though nothing I said made sense and I had to see lots of psychologists!”

“Now I have three massive houses! Just for going in an office!”