All man wants for Christmas is Brexit

A MAN has explained to family and friends that he does not want a lot for Christmas, and leaving the EU is all he needs.

Roy Hobbs of Telford added that he did not care about presents underneath the Christmas tree, and he just wants Britain to stand alone, stronger than it had ever known.

Hobbs continued: “No, I’m not asking much this Christmas. Snow can go and fuck itself.

“Santa Claus won’t make me happy this Christmas, because he’s from Lapland and can sod off back there as far as I’m concerned.

“I’m not making a list. All I want is Britain to completely break with the European Union once and for all, taking back control over our borders and becoming a sovereign nation again.

“Make my wish come true. All I want is Brexit. It’s true.”

But civil servant Julian Cook said: “It’s not accurate for Mr Hobbs to call his Christmas wish ‘not much’. In fact at current estimates it will cost 185 billion pounds.”

Cat acting hard because he is outside 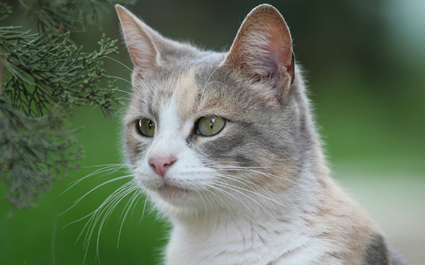 A CAT is acting tough because of being outside.

Male cat Martin Bishop, who is an idle comfort-obsessed bastard when in the house, is now doing his best ‘tiger walk’ on a shed roof.

He said: “When I’m outside I like to jump on really high things for no reason. My vibe is that I’m ‘on patrol’.

“If anyone tries to stroke me out here, I’ll run away or glare at them because I’ve got hardcore stuff going on, like the cat equivalent of a secret CIA mission.

“Maybe I’ll go to a random difficult-to-reach place like fairly high up in a tree, just so that when people see me through the kitchen window they know I am a badass.

“I wouldn’t go in a shed though because you can get stuck in sheds and I am claustrophobic.”