A MULTI-MILLION pound campaign is being launched today in a bid to boost the flagging virility of Britain's 12 year-old boys.

The move follows nationwide disappointment after it emerged that Eastbourne schoolboy Alfie Patten had failed to impregnate his local teenage skank.

Now experts are warning that Britain's 12 year-olds will have to cut down on their drinking and smoking if they are to have any hope of becoming a father before their 13th birthday.

Professor Henry Brubaker, of the Institute for Studies, said: "I'd recommend no more than two cigars a day and a weekly ration of 12 pints of strong German lager or one bottle of sherry."

The campaign mascot is 'Spunky', a hip, happening, 12 year-old sperm who is into skateboards, dinosaurs and Pepsi Max.

Professor Brubaker added: "Perhaps the X-Box people could develop a game specifically for 12 year-olds that involves guiding a single sperm towards an egg and along the way they have to eat special pills made from Brazil nuts and cottage cheese."

Meanwhile Alfie Patten is understood to be relieved the daughter he was alleged to have fathered is not his as it now means he will be able to have sex with it in about 15 years time. 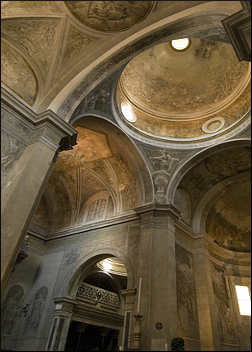 Receiving the Premier League trophy in the club's Palace of Victories, the manager announced that the youth academy, scouting system and wage structure will 'secure United's dominion over all mankind for 500 glorious generations of noble blood'.

Ferguson also dismissed talk of retirement, insisting: "Not until we have tamed the Seven Seas and our Palace of Victories is filled to its mighty domed ceiling with golden crowns and we have to build a new Palace of Victories so big it will make the first one seem cowardly and lacking in vigour."

With his booming voice echoing down the ages, he added: "And a couple more European Cups would be nice too."

He said: "Our army of loyal supporters will gaze in wonder at what we have wrought, whenever they are visiting from London."

But Liverpool manager Rafa Benitez continued to insist that United were not the best team in England, adding: "They got more points than us. And they have a stronger squad. And a larger stadium. A bigger fan base? Certainly. But let me ask you this – do they have Ngog? No, they do not."

Benitez also claimed that Belgium was wider than China and that Andrei Voronin is lighter than a bag of peas.

Meanwhile Ferguson is now preparing for the Champion's League final against Barcelona as winger Cristiano Ronaldo continued looking at luxury penthouse apartments in the centre of Madrid for no reason whatsoever.

BBC football pundit Tom Logan said: "It's the dream final everyone wanted. Except it's one of those horrible dreams where you're naked, you're being chased by giant sharks with legs and United score in the eighth minute of injury time."