Are you a far-right extremist or were you just picked last for football in school?

FILLED with hate? Directing it at vulnerable targets? You could be a neo-Nazi, or you could be kicking out at the world because Darren Jackson always got picked before you at football. Find out:

Do you believe in the destiny of the white race?

A) Absolutely. I was born to lead, and inferior bloodlines can only be my servants.
B) I used to win the 400m race at primary school. I could have been a serviceable box-to-box winger if the bastards had given me a chance.

How do you feel about Muslims?
A) They have different shaped skulls to us, and that’s a fact. All your political correctness can’t change it.
B) They say there’s prejudice against them, but Mohammed Choudrey always used to get picked before me so it’s not held them back has it?

What about the influx of Eastern Europeans to Britain?
A) Good fighting whites. We need them. Though the barmaid in my local’s from Slovakia and she barred me for singing the Horst Wessel song.
B) Any bloody full-back from Bulgaria’s got more chance of getting into the Birmingham squad than a local lad, and that makes me disproportionately angry. It’s not fair.

Do you back Brexit?
A) Yes, but it doesn’t go far enough. If you can’t trace your family back until at least Shakespeare times then sling your hook.
B) Yes, because I just want to go back. Back to 1989 when I stood there alone, shivering, while the captains argued about whose turn it was to have me. To stand up for myself. To heal.

Mostly As: You’re a committed right-wing extremist who will eventually be arrested, imprisoned, go through therapy, realise you were just trying to rationalise your pain and become a good person.

Mostly Bs: You were picked last, and will continue to hate the world until you bump into Darren Jackson, buy him a drink, whisper ‘the better man got chosen first’ leave the pub and break down crying. Then turn to right-wing extremism. 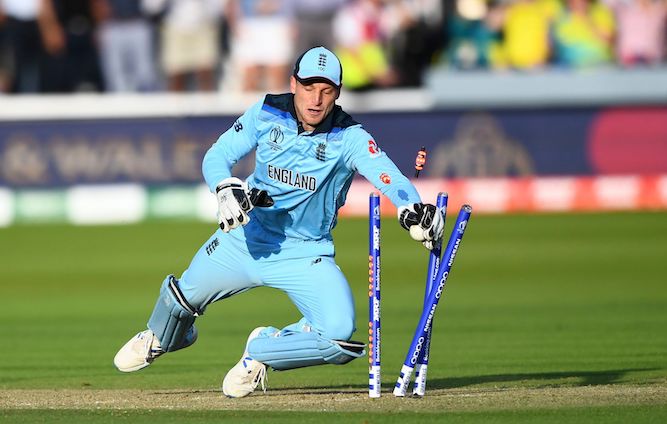 CRICKET is brilliant and if you disagree you are less than a buffoon, according to experts.

As the World Cup became as exciting as smoking crack in a suit doused in petrol during a high-speed car chase, anyone bemoaning the lack of action in cricket will be forced into a re-education camp.

Cricketologist Wayne Hayes said: “You can get arseholed whilst watching it and it’s officially not allowed to be played when the weather is terrible.

“If that isn’t enough for you then you’re operating on a level of jaded I can’t actually comprehend.”

Anyone continuing to doubt that cricket is the pinnacle of mankind’s achievement will be sent footage of Viv Richards in action and given seven days to suggest anybody with half the amount of suave.

They will then be forced to watch footballers acting the giddy arsehole for eight hours straight, to see how it compares to watching a cricket team actually do a day’s work.