Back To The Brothel For Primark T-Shirt Kids

FORMER Primark child workers were last night back at work in the backstreet brothels of Calcutta after being rescued from a life of t-shirt embroidery by Western campaigners.

Julian Cook, a child labour activist, said the children wept with joy after being liberated from appalling conditions which saw them working at home all day with their mothers, sisters and brothers.

He said: "One little girl was so happy to see us taking her mother away she pummelled her little fists into my thighs and wept all over my trousers.

"Her brother was so overjoyed he chased after the police wagon shouting as it drove his mother off. I wonder where they both are now?"

He added: "I just feel so proud that they will never have to see a sequin again."

Child worker Amishi Amrapali said: "OK, it was not great job – it Primark not Vivienne Westwood – but we work together as family and have money to buy medicine for baby.

"Now I go work in brothel. It not all bad. I get own room when I am working, and I still get to do some sewing. It take my mind off."

She added: "Mr Julian come and see me most nights. He tell me when I old enough he take me home with him to Watford." 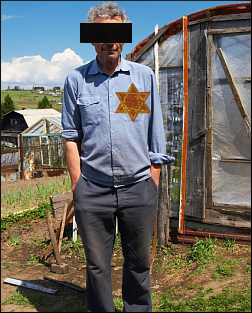 DOG owners who allow their pets to foul in public areas will be forced to wear a brown star and be banned from marrying non-dog owners.

Councils across England and Wales have stepped up their anti-dog owner rhetoric and are using tough new terrorism laws to crack down on Der Foulen.

Many local authorities have established a network of spies who not only record dog fouling incidents, but also the daily routine of the dog owner, where they work, where they shop and who they interact with.

Friends of dog owners have been intimidated, while many companies have faced boycotts for employing dog owners and non-dog owning dog lovers.

Meanwhile many dog owners are fearing for their lives, particularly after the violence of Der Poopenacht, when homes and pet shops were attacked by angry mobs, often directed by local environmental health officers.

One dog owner, who refused to be named, said: "My neighbour threw a brick through my window and blamed me for the Iraq war and the credit crunch. What can I do, my dog has diarrhea?"

Dog owners now fear they will share the same fate as smokers, most of whom have now been resettled in Eastern Poland.