A MAN is making a good recovery after buying tampons for his girlfriend.

27-year-old Andrew Greening had to face his fears when girlfriend Melanie Harrison asked him to ‘pop to the shops’ for her.

Greening said: “When Mel unexpectedly got her period, I was scared but it was also an opportunity to show her what an enlightened guy I am. So I went all the way to Tesco, like a total hero.

“It took me a while to find the tampons, as they weren’t in the nappy aisle as I’d expected. When I found them, I immediately wished I hadn’t. Nobody told me there were so many different types of tampons. It’s a trap.”

He added: “Was I meant to get her Super Plus to show her I think she’s awesome? Or would she think I think she has a giant hoo-ha?

“What, in the name of god, are those drop thingies? Are they tears? Was I meant to choose one according to how sad she’s feeling?

“And what’s an ‘anti slip grip’? Would she think I’m a cheapskate if I didn’t get it for her? The whole thing was a minefield. Ultimately I made a random choice which in itself was an extraordinary effort.” 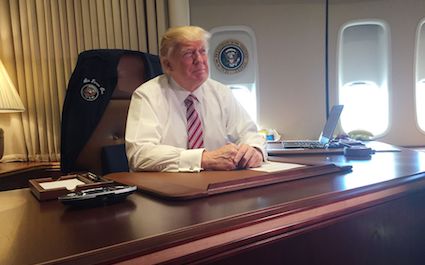 PRESIDENT Trump has left a 32,000-word out-of-office email message, including discussion of the electoral college and his daughter’s business, for while he is away.

The out-of-office, written by Trump himself, begins by stating that he will be on vacation but continuing to work harder than any other president, and also that he is better than all of them at golf.

The email also speculates on the ‘disrespectful’ enquiries likely to be received from ‘the failing fake news media’ who refuse to cover the administration’s many incredible achievements.