PEOPLE in Bristol who do not smoke cannabis face fines and possible imprisonment, it has emerged.

The forward-thinking South West city recently made cannabis use compulsory for all residents under 45, with penalties for anyone who does not at least have a small ‘blim’ of the drug in a bedroom drawer.

A council spokesman said: “Bristol’s culture of easygoing under-achievement is made possible by its vast appetite for cannabis, yet there is still a small but persistent element of the populace that insists on drug-free lucidity.

“They do not belong here and we will drive them out.”

Cannabis has been unofficially legal in the city since 1853 when users could send a telegram to a local dealer who would then arrive two hours later in a pony and trap, looking moody.

31-year-old Tom Booker now faces a possible £2,000 fine after a raid on his home in the Easton area of Bristol yielded no drugs.

He said: “I stopped smoking for medicinal purposes. I wanted to get my head together, feel less paranoid and experience being punctual.”

Secret to getting rich ‘is to just keep it a secret’ 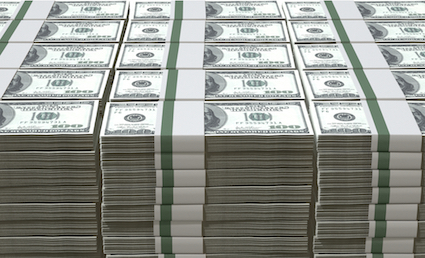 THE secret to becoming immensely wealthy is to not tell anyone about it, according to a new book.

The Four Steps to Getting Rich by Martin Bishop reveals that three of the steps involve hiring a law firm in Panama and then just keeping it a secret.

Step 1: Make a bit of money by gambling on the stockmarket – or just inherit it.

Step 2: Hire a lawyer in Panama, but don’t tell anyone about it.

Step 3: Get the lawyer in Panama to hide all your money.

Step 4: Make sure the lawyer in Panama keeps doing it.

Bishop added: “It is a very short book. And come to think of I probably shouldn’t have just given you the entire contents like that.

“Could you do me a favour and buy it anyway?”