BRITAIN is the best country in Europe at getting toasted, according to new research.

Experts found that British highs are more intense and longer lasting and that our come-downs are more physically demanding and emotionally chaotic.

Professor Henry Brubaker, from the Institute for Studies, said: “The Germans over-think it and end up with a highly regimented way of getting buzzed.

“Their coke lines are very straight and their joints look like they were made in a factory. ”

Professor Brubaker said that Spanish and Italian drug taking had improved because of their ruined economies, but the typical Latin high was still ‘messy, noisy and lacking in substance’.

Meanwhile, French drug taking was difficult to measure as it seemed to have no effect, one way or another, on the functioning of French society.

The study also found that the once mighty Dutch, who invented ‘total drug taking’ in the early 1970s, were now hampered by debates about coffee shops, while British people were chomping pills simply because they come in such pretty colours.

Professor Brubaker added: “We are entering a golden age of being off your tits in Britain. Well done everyone. Absolutely splendid.”

Eto’o determined in the face of poverty 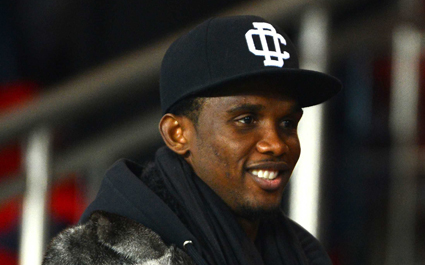 SAMUEL Etoo is determined to get along at Chelsea despite earning just 135K a week.

Etoo said: Ive played for Barcelona for the love of football in front of passionate, knowledgeable fans and Ive played in Russia for enough cash to buy half of Alaska. And now look at me. What have I become?

The striker, formerly of Scrabble-friendly Anzi Makchachkala, was earning a third of a million pounds a week in Russia, where you can also hire a fighter jet to strafe a glacier for the equivalent of £15.

Jose Mourinho has prepared his squad for Etoos poverty by driving them around the parts of the Kings Road without off-street parking.

He has threatened to come down hard on anyone bullying him for his inferior designer clothes or unmodified SUV.