Britain gets the stupid Christmas advice it deserves

GOVERNMENT guidelines on Christmas health and safety are every bit as obvious as they need to be, it has been confirmed.

As the emergency services braced themselves for three days of utter chaos, experts said the government had done everything it possibly could short of strapping everyone to a chair and feeding them pulped turkey through a tube.

Professor Henry Brubaker, of the Institute for Studies, said: “You will notice page five of your newspaper carries an angry article entitled ‘why does the government have to treat us like Christmas morons?’.

“But if you then turn over to page six you will see a story about a man from Dorset who called the fire brigade after shoving at least 18 inches of Norwegian Spruce up his rear hole.

“Page seven is devoted to the Yorkshire family who celebrate Boxing Day by piling all the empty boxes in the middle of the living room before setting fire to them.

“And we then turn over to a double-page spread featuring an interview with the man who lived through the Great Hemel Hempstead Vomit of 1983.”

A department of health spokesman said: “Instead of a real Christmas tree this year why not go for a small, laminated photograph of a Christmas tree? Leave it floating in a bucket of water in case you’re tempted to set fire to it.

“And if you’re worried about food poisoning from an undercooked turkey, just eat a load of crisps instead. But not the sharp ones. Go for a soft, round crisp like a Wotsit or a Quaver.

“And don’t forget to keep a bucket of water nearby in case you’re tempted to set fire to them.”

Economy Not Really Our Strongpoint, Admits Bank Of England 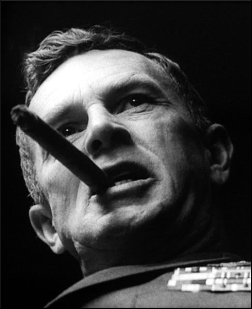 THE Bank of England last night admitted the economy was not its strongest subject, insisting it was much better at films and television.

Deputy governor Sir John Gieve revealed the Bank did not appreciate the severity of the financial crisis because it had been watching the Godfather trilogy in chronological order.

Sir John told the BBC's Panaroma programme: "Were we supposed to be keeping an eye on all this economic stuff? Right, right, I see. Gosh.

"Look, I'll be honest with you, we're not especially good at analysing lots of big numbers and interpeting them, but can you name the actor who played police Captain Mcluskey? The one who gets his head blown off in the restaurant? No? Well, it was Sterling Hayden.

"And did you know that James Caan originally auditioned for the part of Michael, but they went with Al Pacino instead? Thank goodness for that, eh? Can you imagine?"

Sir John said the British economy was now in a 'reception' that would probably last for 'a while' especially if 'everyone keeps losing their jobs and stuff'.

"Apparently what happens is that when you don't buy stuff companies don't make any money and they close down. It's just a shame they didn't come up with a really brilliant idea like Michael J. Fox in The Secret of My Success.

"But then again, they might not have been able to handle the pressure like Michael J. Fox in Bright Lights, Big City."

He added: "The good news is that all this depressing money stuff should not interfere with the opening of the new Star Trek movie next summer.

"Although I have to say I am deeply concerned about Simon Pegg's accent. Personally, I would have gone with an actual Scotsman to play Scottie. Perhaps a Gerard Butler or a James McAvoy. No, hang on – Dougray Scott."