BRITAIN is in the grip of a deadly addiction to bicycles, according to new research.

As bike-pusher Halfords reported record sales, experts said the liberalisation of cycling laws had created a generation who may as well be French.

Professor Henry Brubaker, of the Institute for Studies, said: “There are now hundreds of thousands of people in this country who are of no use to anyone except Halfords.

“You would not want them in your place of business and the idea of having one in your home turns the stomach.

“They come in dripping with sweat and self satisfaction and then steal money from your secret jar so they can buy disgusting shorts.

“I feel particularly sorry for parents who did their best, only for their child to come home one day full of horrible, boring environmentalism.”

Brubaker said that anyone who campaigned for cycle lanes to be legalised should have their houses confiscated and accused the BBC of glamourising bicycles.

He added: “If you watch the One Show it seems every other person is being handed an Olympic gold medal just because they can go a bike faster than a German.”

Hodgson apologises for claiming Earth is round 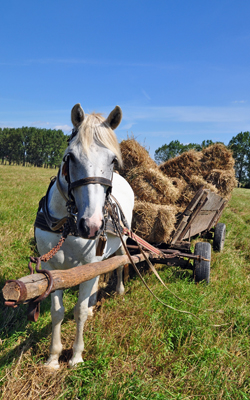 ROY Hodgson has said sorry for claiming the world is not flat.

The England manager made the comments to a group of Ptolemaic cosmology fans who asked him whether the pre-Copernican view of the universe might make a comeback.

His conversation was recorded by a scribe in the group, who was covertly carrying a quill and parchment.

Hodgson said: When we were kids the concept of the earth as a disk – like the concept of a Gerrard/Lampard central midfield partnership – seemed like the only way of looking at things. Then science came.

I realise some people may have thought that with the Babylonian model recently announcing its retirement this might have been an opportunity for geocentricism to get another run out.

“That is something I should have discussed with flat-earthers directly and I apologise.

The FA felt the ageing hypothesis would have been hopelessly outpaced in the 2014 word cup by younger, more sophisticated theories.

Hodgson said: Flat Earth has been an excellent servant to the understanding of creation but we need to look to younger replacements like the Big Bang, or Ryan Shawcross as hes otherwise known.