Britain's new dream is to not have house by the sea

MILLIONS of Britons who dreamed of a coastal cottage would now prefer something several hundred miles inland.

Bond trader Julian Cook said: “I’ve always wanted to retire to a little place on the Dorset coast with white-painted walls and a view of the sea. I was going to call it Crabpots.

“The problem is that the sea is made of water. Deep, floody water.

“Instead, I’ve spent my savings on a two-up two-down former Victorian slum property in Derby which I call 44 Grange Street, Derby.”

Estate agent Francesca Johnson said: Apparently, buyers don’t want to sleep on the floor of a school gymnasium while their precious possessions are being swept away in a torrent of filthy water.

“People give up on their dreams so easily these days.”

Kinnear unable to get any signatures on leaving card 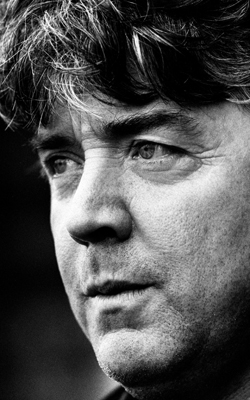 JOE Kinnear has left St James Park for the last time with a blank farewell card.

He said: To you this might look like a blank card with a picture of a downcast owl on it, but what you cant see is how close I was to getting Shola thingy to sign it or that other one, the French or Mexican lad?

Kinnear was an unexpected choice when he was appointed director of football last June, having previously been the least popular manager in the clubs history.

The ex-Wimbledon mans popularity if anything decreased when he mispronounced the names of several players and indeed the city of Newcastle, but he insisted he should be judged on his signings.

A bullish Kinnear subsequently inundated Lionel Messis general mailing address with letters, chasing Cristiano Ronaldo with a ballpoint pen and even insisting a deal for Ferenc Puskas was “all but done”.

However Messi never replied, Ronaldo was too fast and Puskas had passed away in 2006. Many fans felt Kinnears subsequent attempt to exhume the Hungarian legend was distasteful.

The low point for Kinnear came in the January transfer window when he unveiled himself as Brazilian winger Kinnearinho at a press conference sporting an unconvincing wig.