Cameron consigns unemployment to the X-Files

DAVID Cameron has tasked investigators to look into increased sightings of unemployed people.

The jobless, officially declared non-existent by the coalition, have been allegedly been appearing across the country in shadowy corners of Wetherspoons and motorway underpasses.

Investigator Tom Logan said: “My hot redhead sidekick says the last unemployed person starved to death in Carlisle in 2012 but the truth about the terminally skint is out there.

I just hope that if we ever make first contact with one, they may have some news of my sister who disappeared with a bloke claiming Disability Living Allowance back in 2003.

Most reports have come from the North, a part of the country traditionally haunted by unquiet since the massacre of the manufacturing industry.

Descriptions of their appearance vary wildly, from small wiry creatures that smell of chips to large, shapeless monsters that ride electric-powered chariots with baskets on the front and really, really smell of chips.

Those that allege to have seen them say they were not initially threatening but were fiercely protective of their young, their scratchcards and their chips.

Nikki Hollis of Richmond said: I was taking out the bins when I saw this little jobless-looking thing offering to do some gardening for cash in hand.

It was a strange, unsettling experience. I’ve not talked about it to anyone as they’ll just think I’m weird. 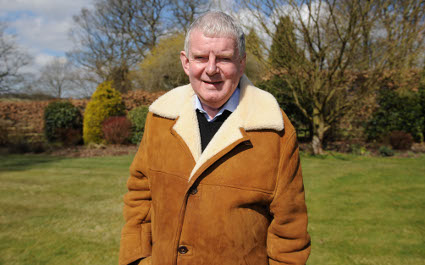 The latest controversial picture is a full-length mirror shot of Motson wearing only a coat, Ugg boots and a seductive smile, tweeted with the words Checking out my abs #helloladies #nofilter #sheepskin.

It came a week after the 68-year old posted a Vine of his penis, wearing googly eyes and a beanie hat, begging BBC chief Tony Hall to be made commentator for next months World Cup final.

He then listed statistics for every other British sporting presenters genitals and compared them unfavourably to the penises of presenters on Dutch channel Nederland 1.

A BBC spokesman said: John is a national treasure because of his dedication and professionalism, not because of the Instagram shots of his surprisingly toned buttocks captioned YOLO.

He should concentrate on his role as a commentator and, if he really has to get nasty on camera, follow the example of Robbie Savage and set up his own pay-per-view extravaganza.