Children a massive scam dreamt up by shops

CHILDREN are an elaborate scam created by retailers and costing an average of £150,000.

Researchers found that the money spent on raising a child to the age of 18 represented the poorest value per pound of any product in the market place.

They also discovered that the modern idea of children was invented in 1962 at a meeting of the British Retail Consortium.

Professor Henry Brubaker, of the Institute for Studies, said: “The BRC meeting paved the way for 50 years of television adverts suggesting that children are not completely fucking ghastly.

“The cute toddlers in disposal nappy adverts are animatronic dummies while the cheeky scamps in washing powder adverts have been hypnotised using magnets.”

Professor Brubaker said the £150,000 cost made gas and electricity prices seem like an act of charity and called for the immediate withdrawal of child benefit insisting it was like giving people cigarette vouchers.

He added: “Like all parents, I look at my children and think ‘I could have had a boat’.”

Father of three, Martin Bishop, said: “It looked nice in the hospital so we brought it home. It’s now 14 and my house remains a hellish vortex of noise and faeces.”

A spokesman for the British Retail Consortium said: “You’re clearly very angry. You should go to the shops.”

Diana film actually going to be shown in cinemas 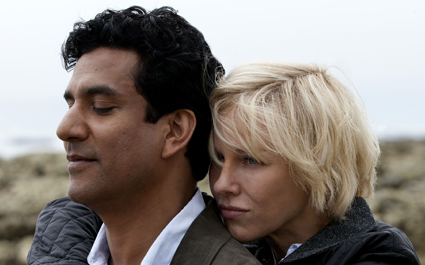 THE new film about Princess Diana is inexplicably not a TV movie.

It had been assumed that Diana would be screened exclusively on some obscure foreign television channel that alternates celebrity biopics with  programmes about cake.

“We’ve done a poster for it and everything, using a professional graphic designer.”